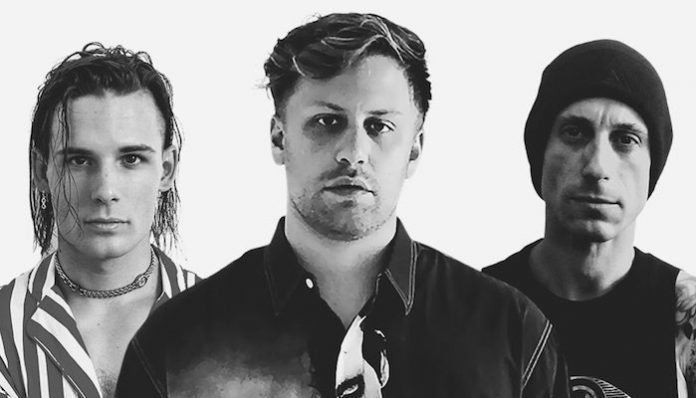 The joining of the scene and EDM continues with the latest video from Kayzo, shYbeast and Sum 41 drummer Frank Zummo for “Cruel Love.”

The latest crossover is a prime example of the astonishing collabs that have been popularized as of late. Along with far-out video complementing the track’s rugged drops, the trio strike a balance between multiple genres with ease.

Before its release, Kayzo shared a sneak peek with a handful of snapshots from the release.

It’s not the first time the DJ has dabbled in the scene, previously working with Alex Gaskarth of All Time Low for a hard-hitting collab. Kayzo credited his creative partners when discussing the track, dedicating its deep-cutting message to anyone who needs to be picked up.

“I’ve known Devin and Frank for a while now and these two have been some of the most genuine, hard-working, like-minded friends I have had the pleasure of working with,” Kayzo says. “We collectively wrote Cruel Love to help anyone out there going through shit and having a hard time. We hope you use this song to heal whatever wound you may have left open.”

Read more: Top 10 rock/EDM crossovers you need to add you your playlist

The emotion-packed video lines up with Zummo’s feelings about the song. After an intense recording session, the drummer found that he and his collaborators had created something very close to each of them.

“Emotions were on fire and [it was] a really special session with Kayzo that will be with me forever,” Zummo says. “This song has a very special meaning to each of us and we’re excited to share this.”

With meteoric drops and an unforgettable drumline, all that was left was the lyrics. Oliver says he infused his own heartbreak into the slicing lyrics of “Cruel Love.”

“At the time I was going through a lot, so the lyrics and melodies found their way pretty easily,” Oliver says. “I think just about anyone can relate to ‘Cruel Love,’ the love you feel for someone after heartbreak is ruthless. You’d do anything for it, but what I’ve realized time and time again is; the hardest but most important thing to do sometimes is absolutely nothing, and it’ll fuck you up.”

You can watch the new video below.

What do you think of Kayzo’s latest collab? Sound off in the comments below!