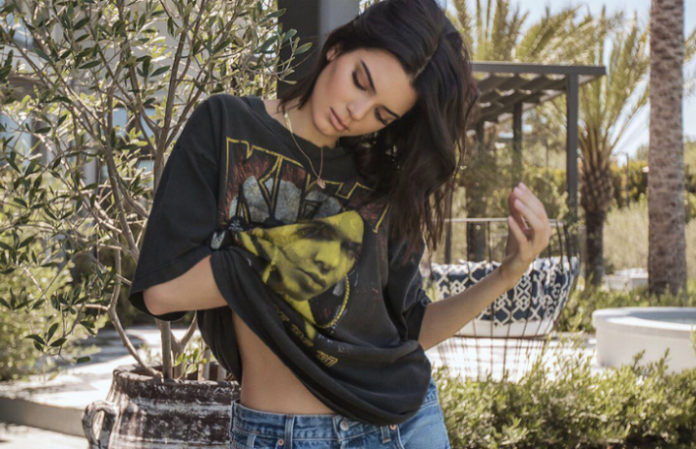 Kendall and Kylie Jenner's clothing company has spoken out on the lawsuit that Michael Miller, the photgrapher of the Tupac Shakur images that were used on the sisters' T-shirt designs, filed on Friday. Rolling Stone reports that Miller said the sisters “misappropriated and wrongfully exploited” his work, adding that they “intended to exploit his photography, let alone obtain his authorization.”

Yet the sisters' company is reporting that they purchased the images from a company that had been authorized to license them—meaning they were not infringing on anyone's rights.

“The allegations made are completely false and the lawsuit is baseless,” the clothing company said in a statement, Sky News reports.

“Canada Inc, the licensee manufacturer of the K + K brand, purchased a very small quantity of vintage T-shirts with performer images already on them. Only two Tupac T-shirts were sold before being pulled from distribution… Canada Inc did not copy anyone's image, remove any copyright notice from any image or attempt to exploit Mr. Miller's claimed right of publicity.”

Miller is the first to sue the Jenners over their shirts, while legal action has been threatened from the estates of artists like the Doors and the Notorious B.I.G., who both filed cease-and-desist orders and say lawsuits could be possible, Rolling Stone reports.

Voletta Wallace, mother of rapper the Notorious B.I.G. (aka Biggie Smalls), has condemned Kendall and Kylie Jenner via Instagram for their custom T-shirt design appropriating the likeness of her late son, calling it “disrespectful, disgusting, and exploitation at its worst.” See her full statement below.

I am not sure who told @kyliejenner and @kendalljenner that they had the right to do this. The disrespect of these girls to not even reach out to me or anyone connected to the estate baffles me. I have no idea why they feel they can exploit the deaths of 2pac and my Son Christopher to sell a t-shirt. This is disrespectful , disgusting, and exploitation at its worst!!!

Sharon Osbourne tweeted in regard to the Jenner sisters' shirt featuring her rocker husband, Black Sabbath's Ozzy Osbourne: “Girls, you haven't earned the right to put your face with musical icons. Stick to what you know… lip gloss.”

Girls, you haven’t earned the right to put your face with musical icons. Stick to what you know…lip gloss. pic.twitter.com/BhmuUVrDBn

The sisters have shared an apology on Twitter. All we wanted was a Pepsi.

“These designs were not well thought out and we deeply apologize to anyone that has been upset and/or offended, especially to the families of the artists. We are huge fans of their music and it was not our intention to disrespect these cultural icons in anyway. [sic] The tee shirts have been pulled from retail and all images have been removed. We will use this as an opportunity to learn from these mistakes and again, we are very sorry.“

Much of the internet is in a huff after Kendall + Kylie, the boutique fashion brand from celebrity sisters Kendall Jenner and Kylie Jenner, released custom-made vintage band T-shirts with their own images and branding plastered over iconic band logos and photos. Have a look at some of the shirts below.

As reported by Glamour, social media was abuzz about the T-shirt controversy shortly after the line was released on Wednesday. The shirts do feature some brazenly 'shopped conceptions: A Kylie Instagram photo superimposed over Metallica's Kill 'Em All '83 Tour shirt, complete with a John Mayer lyric caption for ultimate mindfuckery? Kendall's head in place of Jim Morrisson's on a classic T-shirt from the Doors? The abominations apparently know no end.

the “vintage tees” on Kendall and Kylie's shop are just distressed t-shirts w their old Instagrams on them. remarkable. pic.twitter.com/RE9tSG2Q3f

Jim Morrison did not die for this shit pic.twitter.com/FefcbtuFwj

Rockers weren't the only ones to get the tee-butcher job from the Jenners. How about a Tupac shirt with some giant “KK” initials obfuscating the image?

So who's gonna start flaming Kendall and Kylie for putting their trash initials over Tupac's face? pic.twitter.com/0O6VhI9mUE

As of now, the vintage T-shirts appear to be sold out. In fact, SPIN reports that the garments were seemingly yanked from the site in the past 12 hours, ostensibly after the big K's realized their faux pas. (Anyone care for a Pepsi?)

Kendall and Kylie Jenner apparently haven't publicly commented on their T-shirt controversy yet, but we'll keep you updated.

Don't let Kendall and Kylie ruin band T-shirts for you. Let us know what you think: