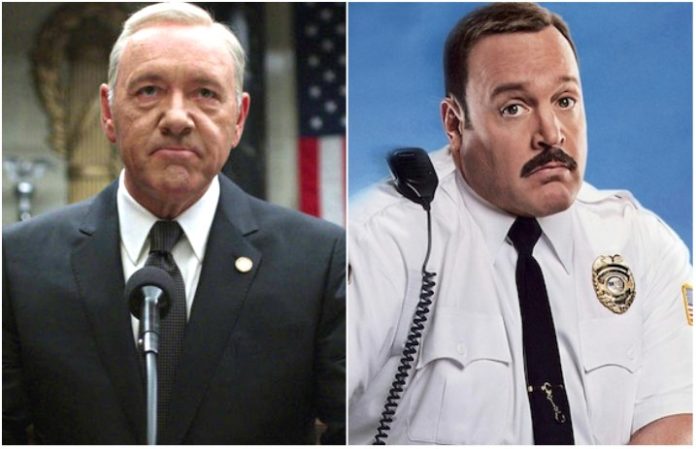 Would you watch Netflix's House Of Cards if actor Kevin James replaced Kevin Spacey? Well, there's currently a petition seeking to do just that. Can you imagine the Paul Blart: Mall Cop lead playing Frank Underwood?

As pointed out by the NME, the Change.org petition to “keep Netflix's House Of Cards running with Kevin James replacing Kevin Spacey” has already amassed over 28,000 signatures. You can access the online petition here.

Last month, it was revealed that Netflix suspended production on House Of Cards after Spacey was accused of sexual misconduct. As further harassment allegations against the actor and producer came to light, the entertainment company cut ties with the Spacey altogether, announcing that his character will be written out of House Of Cards' sixth and final season.

But could comedian Kevin James, best known from the CBS sitcom The King Of Queens and movies like Grown Ups and Pixels, actually take up the reins on House Of Cards? We seriously doubt it, but somehow, the public desire for such an unlikely swap is there. Check out the petition maker's perspective.

“Losing a great show is hard, no matter the circumstances,” the petition reads. “However, with hardship comes the opportunity for a great show to become one of the greatest television shows of all time. I think Kevin James can elevate House Of Cards to a globally-adored franchise like Game Of Thrones and make the entire world focus on one of the most important Netflix Original series.”

We think a more likely outcome would be House Of Cards' Claire Underwood, Frank's powerful partner portrayed by Robin Wright, taking the lead on the final season of the show. But who knows—maybe Paul Blart can give it a shot?

Would you sign this petition? Let us know in the comments below.