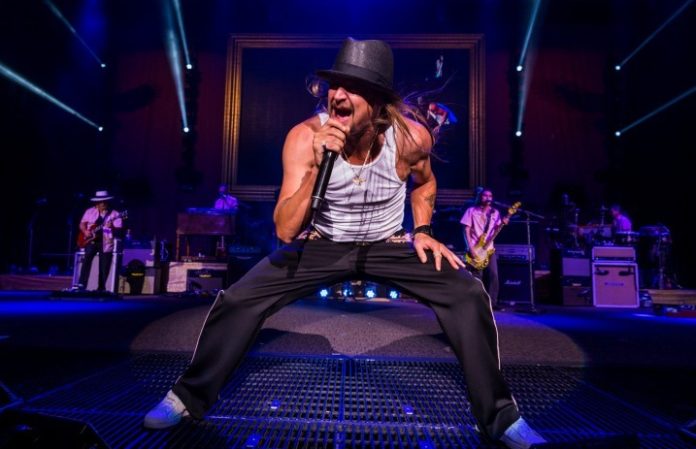 Yes, really, Kid Rock is opening a restaurant. The rock star is apparently a jack of many trades: a musician, a politician, and most recently he's trying his hand at the restaurant business.

The restaurant is aptly going to be called Kid Rock’s Made in Detroit, and it will be located in the soon-to-be-completed Little Caesars Arena in downtown Detroit. The 230-seat restaurant's menu will offer a sampling of “classic Detroit and Southern-influenced dishes,” which you can enjoy while listening to up-and-coming live artists and drinking a local beer or craft cocktail from the bar. And obviously, the whole thing will be decorated with Kid Rock merch.

Check out these mockups of what the restaurant will look like:

This announcement comes hot on the tails of the whole Kid Rock running for Senate debacle, and some may speculate that his plan all along was for the Senate buzz to generate interest in this restaurant (note: his own website KidRockforSenate.com says “yes, I absolutely will use this media circus to sell/promote whatever I damn well please.”)

That said, any hip restaurant in this prime new location would probably do well, and it actually sounds kind of cool. The restaurant has been designed as a musical incubator for smaller artists, with a focus on local talent, meaning that this restaurant may actually be an opportunity for small Detriot-area bands to get out of the basement and in front of an audience, which we think is awesome.

What do you think of Kid Rock's recent endeavors? Sound off in the comments below!