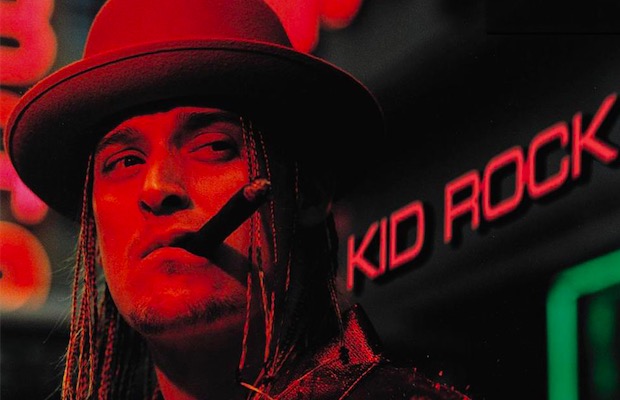 If you weren't already aware, Kid Rock hasn't always been topping the charts with radio-ready country hits. In fact, before he burst into the spotlight with his 1998 rap-rock/nu-metal monstrosity, Devil Without A Cause, he was a full-time rapper. But we're not going that far back for this story. In fact, we're going to stop right around the beginning of Rock's heavier days.

Rolling Stone recently ran an in-depth piece on the industry star, in which he spoke on his first son, Robert Ritchie Jr, who ultimately led him to further his career outside of rap. Read what he had to say below.

“He was pretty much dropped off at my door at six months old: 'You raise this f*cking kid,' ” says Rock. “I was like, 'This has gotta work.' So what's popular? Korn. I knew I can do that sh*t in my sleep. But let me throw in “Only God Knows Why” and “Cowboy” so I can have a career.”

As ThePRP reported, he later spoke on nu-metal as a whole:

“That fucking nu-metal shit? I think rock radio missed the boat. You listen to these country artists–they’re fucking playing rock music! If they would embrace that, I don’t know if you’d call it ‘heartland rock,’ but they gotta mix it up a little bit. But [nu-metal bands have] stuck with heavy shit that’s not melodic and doesn’t stand the test of time.”

With nu-metal making an awkward comeback in recent years, do you think Kid Rock is right? Did it already miss the boat? How do you feel about his Korn comment?