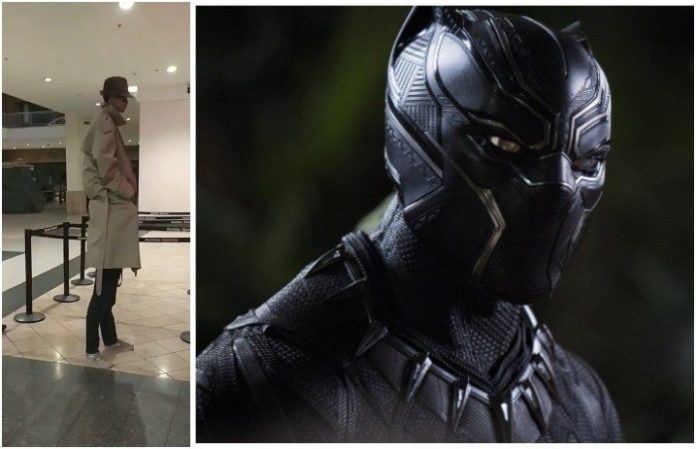 Remember growing up and seeing the cartoon jokes where little kids would stand on top of one another while wearing a trench coat so they could pass as an adult? Well, what once has been a cartoon joke now has been turned into a real-life occurrence, thanks to one Twitter user.

Read more: Here’s why ‘Black Panther’ is one of the most anticipated superhero movies ever

Twitter user @stevelikescups (Pillsbury) shared a video of two kids standing in line waiting to purchase tickets to see the box-office hit, Black Panther. While this may not seem like a weird occurrence, the fact that these two kids were wearing a trench coat while standing stacked on top of one another is definitely something you don't see every day.

In the video, the kids stand inconspicuously in line awaiting their turn to purchase tickets with a crowd of humored bystanders next to them with their phones out capturing the truly hilarious moment.

Captioned as trying to get the two for one special, these kids almost got away with it too, had it not been for the manager not having any of their moviegoing shenanigans.

We tried getting the two for one special at black panther. The manager was not having it. pic.twitter.com/Ktqsuh7s3m

In a later tweet, the Twitter user shared a full video of the moment that shows just how much work was put into making this truly comical moment happen:

While the duo might not have been able to get to see the movie for the price of one, we really can't fault them for trying to score tickets to one of the biggest superhero movies of (maybe) all time. Black Panther topped off their record-breaking opening weekend with a $201.8 million debut, which, according to CNN, was the fifth biggest box office opening debut of all-time.

It comes as no surprise that Black Panther has drawn crowds of people to see it. Slated to be one of the biggest and most anticipated movies of 2018, the movie has been considered a trailblazer by many. With the character of King T'Challa being Marvel's first black superhero and the film having a majority black cast, fans have been excited about the movie because it is something that we haven't gotten a chance to see in the Marvel Universe.

With all the hype that has come from this film, it comes as no surprise that people have gotten creative with the way they try to watch it. To see what all the buzz is about, catch Black Panther in theaters now!