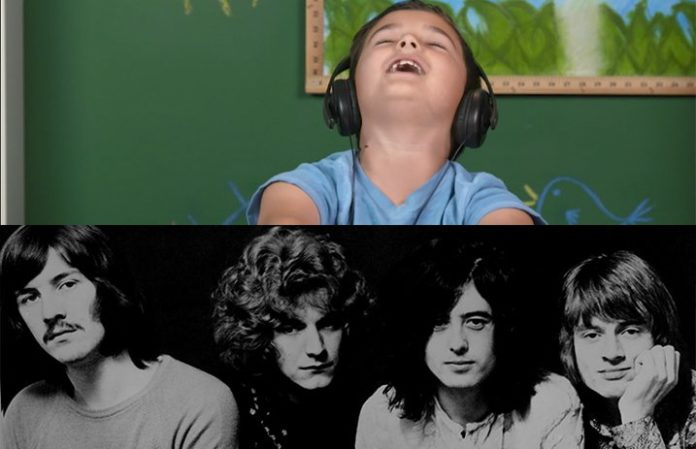 Any time Fine Brothers Entertainment has kids react to a classic rock band, their reactions are usually gold and that trend continued when they listened to Led Zeppelin.

Check out what these kids thought of Zeppelin below!

The video featured children ranging from the ages of 8-13 and right at the beginning when they're told that they'll be listening to a band that “many people consider to be one of the greatest bands of all time.”

“Definitely not the greatest band of all time. They were good for the genre,” comments 13-year-old Jackson while 8-year-old Jake screamed out “Yesssssss!  I love this band! My dad plays it in his car all the time! Thank you so much!”

It was at this point that Jake became our favorite reactor of the entire video.

Another highlight of the video is when the kids are listening to one of the greatest rock songs of all time, “Stairway to Heaven.” While listening to the iconic guitar intro, 9-year-old Dominick asks, “Are you sure this is rock?”

After listening to countless classic Zeppelin tracks, the kids were still pretty split on whether they consider Zeppelin to be one of the greatest bands of all time.

“They're like second place … actually third. Beatles, than Twenty One Pilots. That's my order,” says 9-year-old Madison. Like we can disagree with that!

Watch their reactions below!

Who do you want to see these kids react to? Let us know in the comments!