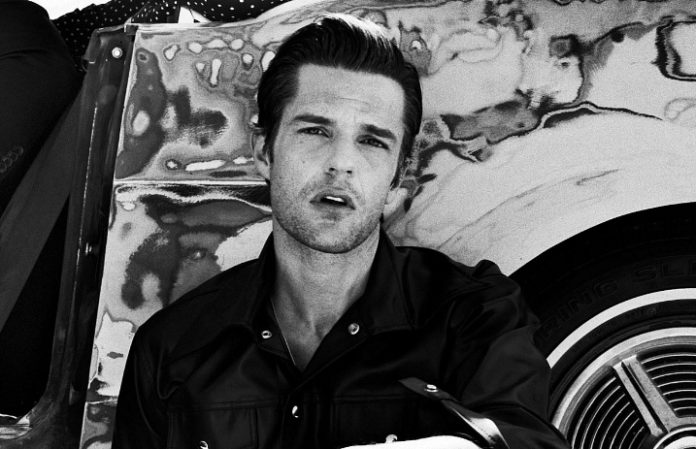 The Killers frontman Brandon Flowers apparently thinks that today's rock bands aren't as popular as their predecessors because they aren't as good as the New York City-based acts that led the early-aughts rock resurgence and post-punk revival. Read Flowers' recent talk on rock popularity below.

In a new interview with Noisey, Flowers is asked if currently up-and-coming bands could achieve the same early-career popularity as the Killers experienced around their first two albums, 2004's Hot Fuss and 2006's Sam's Town. Mentioning peers Interpol and the Strokes, the Killers singer affirms the possibility before adding that new rock bands aren't “good enough.”

“It could happen,” Flowers says, “but there hasn't been anybody good enough. If there was a band like the Strokes, or Interpol, people would talk. [Points outside to Brooklyn] If there were some kids out there right now playing 'Obstacle 1' tonight, I would hear about it, you would hear about it. But there isn't.”

Much has been made of rock's steady decline in music sales and streaming, with hip-hop and electronic music seemingly capturing rock's once prominent position. However, the Killers' drummer, Ronnie Vannucci Jr., opines that timing isn't necessarily the issue, agreeing with Flower's “not good enough” take.

“People are very quick to blame a changing of the times for a lot of things,” offers the percussionist, “when it's really that they're just not good enough yet.”

The Noisey interview with Flowers and Vannucci also mentions author Lizzy Goodman's recent chronicle of the post-9/11, New York City alt-rock revival, Meet Me In The Bathroom, which reportedly highlights the Killers as, “one of the last bands to gain recognition and success through, largely, word-of-mouth” prior to music streaming's acceptance and rock's subsequent backslide.

The Killers, who have often covered Interpol's aforementioned “Obstacle 1” in concert, have a new album out on Sept. 22, Wonderful Wonderful.