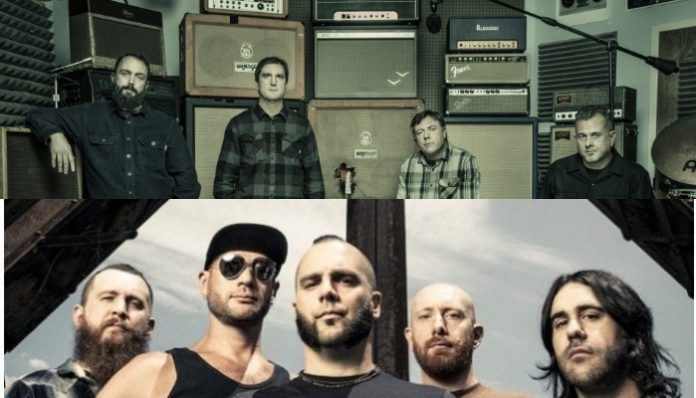 Killswitch Engage and Clutch have announced a co-headlining tour for the summer.

The tour will hit stops all over North America starting in July. Find out more about the dates below.

The bands announced the massive tour on their social media platforms.

See you on the road this summer with @clutchofficial and #CroMags! Special @Revolvermag presale tomorrow at 10am local time! General public on sale Friday at 10am local! KSE VIP on sale today at 2pm local! pic.twitter.com/dbTydFBoos

The bands also made statements about the tour in a press release.

“We’re excited to hit some of our favorite spots in July and to share the stage with Clutch,” Killswitch Engage vocalist Jesse Leach says. “Fun times ahead!”

Killswitch Engage are also currently touring with Parkway Drive. You can see the full list of tour dates below.

# Festival
^ Clutch Only
* Killswitch Engage only
@ with Parkway Drive

At the end of last year, Killswitch Engage frontman Leach revealed he had officially finished vocals on the follow-up to the band’s 2016 album, Incarnate. While the band did not give an official date for the release, fans have been eagerly awaiting any news on when we could expect the new record.

Then, last month, Killswitch Engage took to Instagram to provide fans with an update on their 2019 release plans.

Back in December, Leach shared the new album still had more “mixing, editing and arranging,” and while they still have some things to do, he noted that he was officially finished vocals on the band’s follow-up record.

Not much has been revealed about the forthcoming album since then, until the band shared an Instagram video showing a banner in The Hollywood Palladium that stated “New album out this fall.”

The post was captioned with a simple, “Now you know.”

Are Killswitch Engage and Clutch headed to a city near you? Sound off in the comments below!