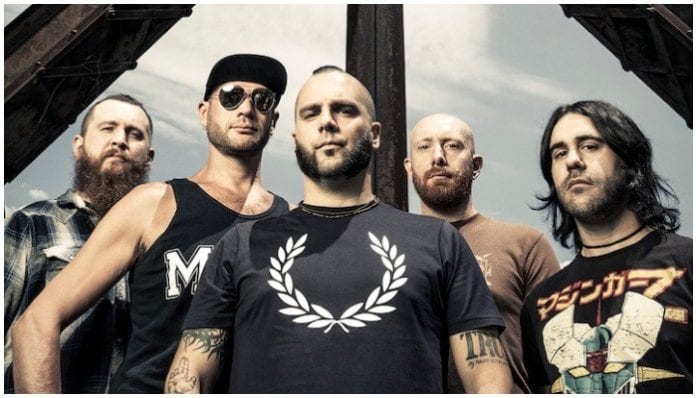 At the end of last year, Killswitch Engage frontman Jesse Leach revealed he had officially finished vocals on the follow-up to the band’s 2016 album, Incarnate. While the band did not give an official date for the release, fans have been eagerly awaiting any news on when we could expect the new record.

Now, Killswitch Engage have taken to Instagram to provide fans with an update on their 2019 release plans.

This year is looking better and better!

Back in December, Leach shared that the new album still had more “mixing, editing and arranging,” and while they still have some things to do, he noted that he was officially finished vocals on the band’s follow-up record.

Not much has been revealed about the forthcoming album since then, until yesterday when the band shared an Instagram video showing a banner in The Hollywood Palladium that stated “New album out this fall.”

The post was captioned with a simple, “Now you know.”

The band are currently on a massive co-headliner, the Collapse The World tour, with Parkway Drive and After The Burial.

Tickets for the band’s upcoming run are on sale now, and you can check out a full list of cities and dates below!

Are you excited for the new Killswitch Engage album? Sound off in the comments below!