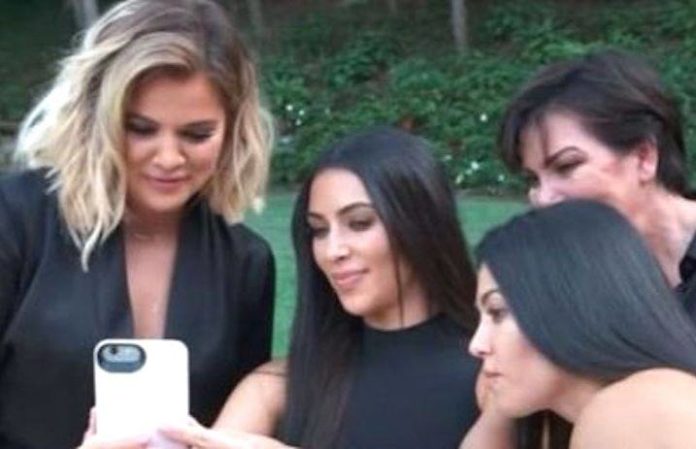 We wouldn't necessarily group Christmas, Kardashians and goth together, but Kim Kardashian is confirming that yes, the family almost had a “goth” Christmas card.

A fan tweeted to Kim K, asking “what happened with this photoshoot,” featuring Kim and Kourtney in leather, studs and dark lipstick.

@KimKardashian what happened with this photoshoot? I really loved the gothic vibes. pic.twitter.com/GJSxkXbNv0

Kim responded, saying: “This was going to be our Christmas card with the whole family but we went with the all kids pic instead.”

This was going to be our Christmas card with the whole family but we went with the all kids pic instead. U will find this and post it on my app https://t.co/gO2vHUSV0c

It was just too gothic.

Not sure but it was too gothic for Christmas. It was my idea but then didn’t work out for a Christmas card �� https://t.co/yWGnnC9YqZ

As Bustle reports, this look is actually from a 2015 photoshoot. But we're pretty on board with this vampy look.

There's still hope for their 2018 card, right? (We don't think Corey Taylor will be a fan either way, though…)