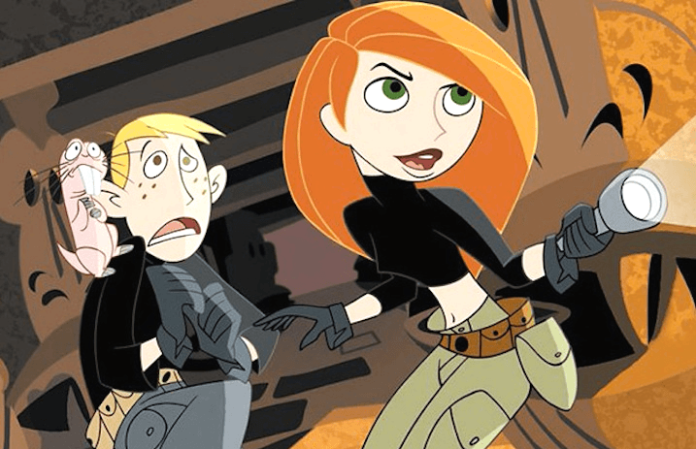 What's the sitch? There's a live-action Kim Possible movie in the works, and the kickass teenage crime fighter—and her sidekick, Ron Stoppable—have been cast.

Newcomer Sadie Stanley and The Goldbergs star Sean Giambrone have been cast as Kim Possible and Ron Stoppable in Disney Channel’s live-action movie based on the animated series. As Deadline reports, the flick is set go into production this summer and debut in 2019.

Disney made the most adorable announcement—with the original Kim and Ron!

Kim Possible is an actual icon—smart, caring and the ultimate hero. As previously reported, executive Vice President of Original Programming for Disney Channels Worldwilde, Adam Bonnett, said the following about the upcoming film:

Although Kim Possible ‘can do anything,’ kids and tweens found that this animated redhead was just like them. As we embark on the fun challenge of making Kim and Ron fully dimensional, I’m thrilled to be working again with [series creators] Mark [McCorckle] and Bob [Schooley] and to welcome the addition of a dynamic creative team – Josh [Cagan], Zanne [Devine], Adam [B. Stein], and Zach [Lipovsky] – into a world where anything is indeed possible.

We're excited to see what Kim, Ron Stoppable, Wade and Rufus get up to in the new flick—and yeah, even Shego and Dr. Drakken, too.

Kim Possible aired on Disney Channel from 2002 to 2007. Give a listen to the original theme song below and prepare to feel all the nostalgia.