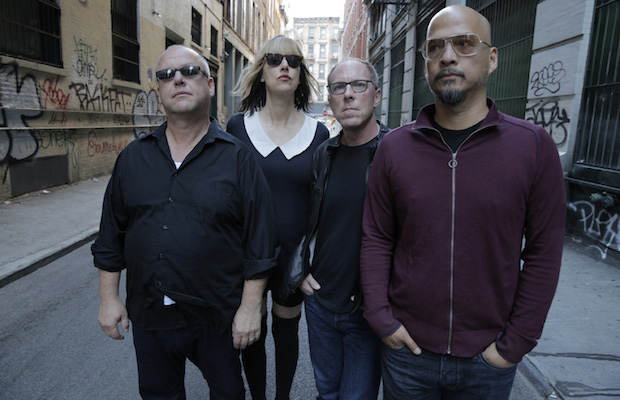 Following an abrupt firing from the Pixies late last month, bassist Kim Shattuck, who, herself, was brought in earlier this year to replace founding member Kim Deal, opened up about the circumstances of her departure.

Confirming the exit to be against her will, Shattuck told NME, in a recent interview, that was she let go by the group's manager over the phone. Here's what she had to say:

“I was surprised. Everything had gone well, the reviews were all good and the fans were super-nice about everything. They were like, 'We love you, New Kim!' We said goodbye at the airport and the following morning the manager called me and said: 'The band has made the decision to go with another bass player.' I was shocked.”

Shattuck went so far as to call the band “introverted,” speculating that her firing was due to a personal clash with her outgoing nature.

Though he didn't directly respond to Shattuck's claims, Pixies frontman Frank Black, in an interview with Yahoo! Music, recently weighed in on the issue as well:

“The big question mark is, if it was going so well, why are you changing it up again? I guess it's a fair question, but what I would say is, just because some shows went well or a recording session went well with somebody, that doesn’t mean that now you guys are married and this is forever. It's not really how it works when you're a band. And it's hard to explain to people, especially if they get emotionally attached to one person.”

Further elaborating on the matter of accountability to fans, Black had to say:

“Frankly you don't want to explain it to anybody – it's a lot of its personal, private s–t. It's like politics and sports and people's personal lives have all been smeared together in this modern world. It's a very presumptuous attitude about a lot of things. [People say] 'Oh you're shifting something in your world – we demand a statement as to why.' I'm not the mayor, this isn't the bus service for a town. This is a rock band. There's been a shift in the lineup, big woop-dee-doo…as far as we're concerned it ain't that big of a deal.”

Shattuck's replacement, Paz Lenchantin, was announced last week. Lenchantin will make her debut on the group's extensive tour of North America, which kicks off next month. Here's a full list of dates and support:

* with FIDLAR
& with Cults
^ with Best Coast