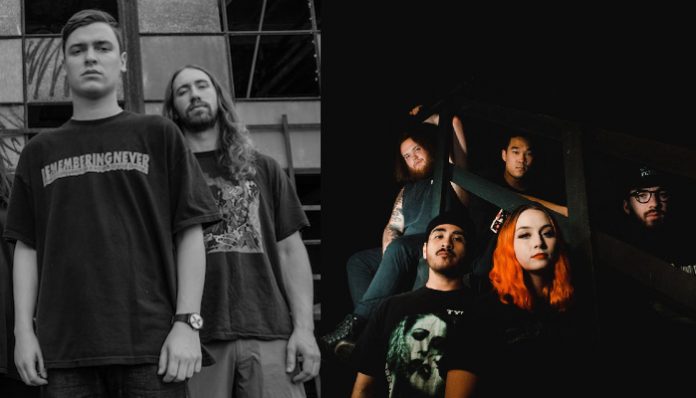 Knocked Loose have become one of the absolute best up-and-coming metalcore acts over the past few years and they’re giving a helping hand now to fellow hardcore act Dying Wish.

Vocalist Bryan Garris collaborated with the band on their new track “Enemies In Red” which features plenty of melodeath riffs and hard-hitting breakdowns.

Prior to this collab, Dying Wish vocalist Emma Boster worked with Knocked Loose on their track “A Serpent’s Touch” from their latest LP A Different Shade Of Blue.

Garris spoke to us on the guest collaborations from their record which also included a spot from Every Time I Die’s Keith Buckley.

“We took the same approach like we did on Laugh Tracks, featuring two guest vocalists, one more underground from a band we like a lot and want people to know and look up and the other someone more well known,” Garris says.

You can check out “Enemies In Red” in the player below.

Dying Wish are heading out on tour with Stray From The Path, Counterparts, Varials and Chamber starting later this week. You can check out the list of tour dates they’ll be appearing on below.

What do you think of the new Dying Wish song with Knocked Loose’s Bryan Garris? Let us know your thoughts in the comments below.