The NBA lost one of the greatest of all time today.

Basketball legend Kobe Bryant, 41, has passed away today following a helicopter crash in Calabasas. At least three other passengers were on board, and there are no survivors, according to TMZ.

The outlet reports Bryant’s 13-year-old daughter Gianna Maria Onore and Orange Coast College basketball coach John Altobelli were also killed in the crash. TMZ reports that his wife, Vanessa Bryant, was not on board the helicopter. The cause of the crash is currently unknown.

The news of one of the greatest NBA players of all time has already hit the world hard, as well as the music scene. The tragic event comes the day after LeBron James moved past the Black Mamba for the third all time greatest scorer, which Bryant congratulated him on.

People from across the scene have already taken to Twitter to express their sadness upon hearing the news of Bryant’s passing.

Chrissy Costanza (Against The Current)

Holy fuck Kobe, I feel horrible for his family

I couldn’t begin to put a number on the amount of times that I would shout, “Kobe!” as I would attempt to throw something into a trash can. I’m deeply saddened by today’s news. RIP #KobeBryant

RIP to the Black Mamba. 😭

One of my childhood idols, a legendary player who transcended sports and one of the most influential players of all time…

I can’t believe this, feels like a friend died this is gonna hurt for a long time

All love to his wife and 4 kids 💔 https://t.co/I5pFmxqZWE

This is heartbreaking. Rest In Peace Kobe.

RIP Kobe Bryant. This is beyond tragic. #RIPKobeBryant

This is wild.. RIP Kobe 🙏🏻 https://t.co/RsIsievLfr

Extremely difficult to process the passing of Kobe. He was not only a celebrated athlete but someone who was ubiquitous in pop culture for the last 20+yrs. For many of us it’s unfathomable to think such a central figure of our childhood has passed. RIP. Love to his family&friends

So sad to hear the news about Kobe 😢

WOW! Kobe. Such A Shock. My Condolences To His Wife And Children. Very, very sad. #KobeBryant pic.twitter.com/4UM6Vap8Dc

In shock. Thanks for all you contributed Kobe. R.I.P. pic.twitter.com/zMOzhBwJFq

RIP TO AN ACTUAL LEGEND.

Far beyond his physical and professional prowess, Kobe Bryant was one of the most inspiring people to ever do it due to his mind and his personal practices; bettering yourself to compete in one of the toughest games there is…life.#RIPKOBE

Wow….. Kobe AND his daughter died. This is devastating 💔

RIP Kobe. My thoughts and prayers are with you and your family❤️

I love you Kobe

Phil Labonte (All That Remains)

So sad to hear. Condolences to his family. https://t.co/1eXLFm9bG4 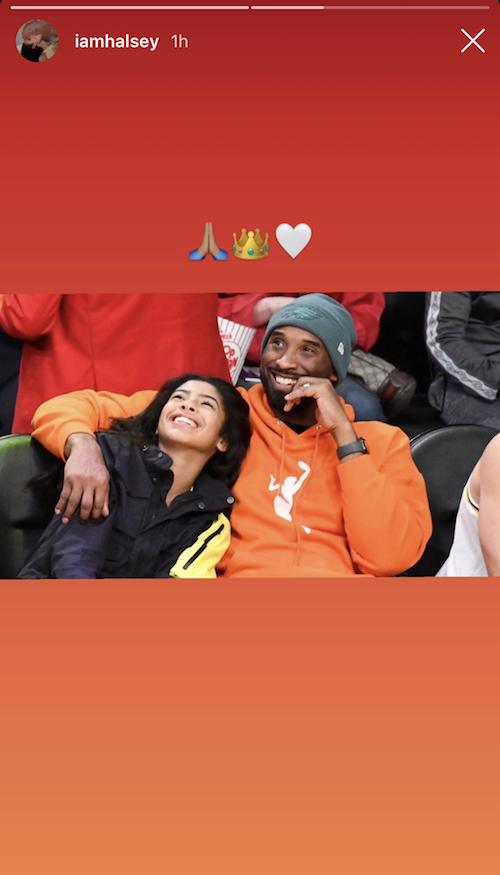 Bryant is considered one of the greatest basketball players of all time. He was picked in the first round of the NBA draft by the Charlotte Hornets as the 13th pick following high school. The Hornets then traded him to the Los Angles Lakers.

During his time playing for the Lakers, Bryant led the NBA in scoring for two seasons, now ranks fourth in the NBA’s all-time regular season scoring polls and was the first guard in the league to play at least 20 seasons.

He and his teammate Shaquille O’Neal led the Lakers to three consecutive championships from 2000 to 2002.

Following their loss in the 2004 finals, O’Neal was traded to the Miami Heat but that didn’t slow down Bryant. He went on to lead the NBA in scoring during the 2005-2006 an d2006-2007 seasons, which is when he scored a career-high 81 points against the Toronto Raptors. 81 points is the second most points scored by a player in a single game, following the great Wilt Chamberlain’s 1962 100 point game.

Bryant took the Lakers back to the finals in 2008 but lost. Bryant took home the season’s MVP award.

He took the Lakers back to the finals again in 2009 and 2010, winning both championships as well as the finals MVP.

He was an 18-time All-Star during his 20 year career with the Lakers before he announced his retirement in 2016 following a series of injuries that began in 2013.

The NBA lost one of the greatest to ever play the game today. Rest easy, Black Mamba.