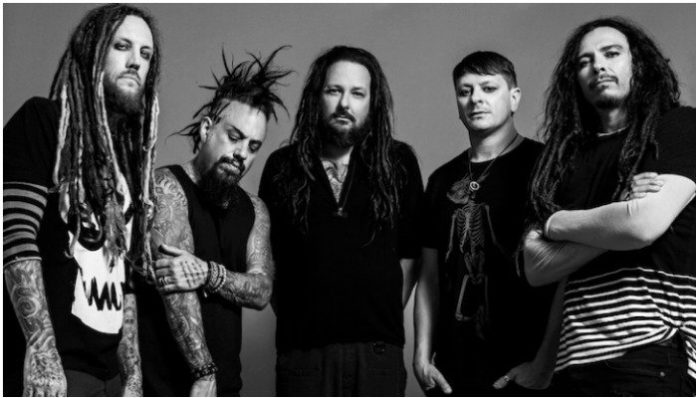 It’s official, Korn is in the studio working on album 13!

Korn’s drummer Ray Luzier has confirmed via Instagram that the band is currently working on a follow-up to 2016’s the Serenity Of Suffering.

In the new post made by Luzier, the drummer shared that he’s in Nashville, Tennesee’s Rock Falcon studios, where he has begun the process of tracking for the act’s next album.

What’s more? Producer Nick Raskulinecz (who has worked with the likes of Deftones, Trivium, and more) looks to be working on the album with the band:

It was recently reported that the band’s guitarist James “Munky” Shaffer and Brian “Head” Welch had started writing new material for Korn’s forthcoming 13th album, and according to the band’s frontman Jonathan Davis, the new material is coming along.

“I’ve listened to a bunch of stuff. There’s been really good ideas, really cool grooves. It really doesn’t start taking place until I get there and glue all the shit together with the arrangements and put my vocals on it.

“But they’re working with different producers and we’re gonna do the record and we’ll see – I’m really excited for it. It doesn’t suck, I know that. I’m not going, ‘Go back, please.’ I’m more impressed on these than I was with Serenity Of Suffering, so…”

While we’re not sure what to expect from the new album just yet, it appears that it might come sometime next year. Korn released their twelfth studio album the Serenity Of Suffering in late 2016.

Check out the band’s upcoming tour dates below!

Are you excited for new music from Korn? Sound off in the comments below!