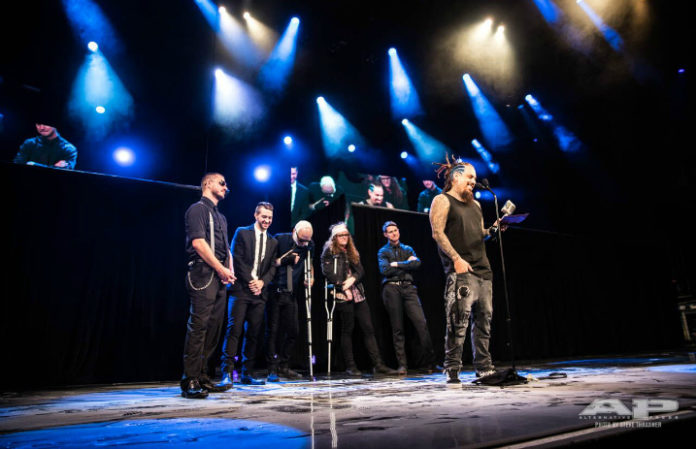 Korn’s “Fieldy” Arvizu has won the award for Best Bassist at the 2017 Journey’s Alternative Press Music Awards, Fueled By Monster!

“Other bass players started to come along and it kept me going making the noisiest most obnoxious sounds on the bass as possible,” said Arvizu who talked about his origins in playing the bass.

Talk about a sphere of influence: Fieldy has been on the forefront of melding heavy metal and funky grooves for so long, most music schools should have a wing named after him.

Korn are also nominated for Best Hard Rock Artist along with Best Music Video with “Insane.” Korn are also the winners of the APMAs Vanguard Award, which is bestowed to an artist or group who have contributed groundbreaking works to a music culture.

They released their 12th album in late 2016 with The Serenity of Suffering and will be heading on tour with Stone Sour, Skillet, Yelawolf and Ded starting on July 19. See a list of dates below and get tickets here.