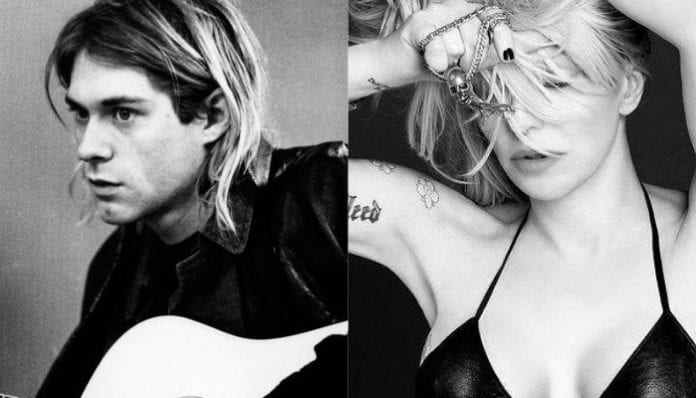 A show poster for sludge godfathers the Melvins seemingly presents a pretty grotesque illustration of late grunge paragon Kurt Cobain and his well-known widow Courtney Love, as pointed out by Consequence of Sound. See the image below.

The poster displays what appears to be the Nirvana frontman as a cartoonish skeleton, the reimagined rock icon embracing Hole songstress Love in an artistic, if gruesome, recreation of the star-crossed couple’s seminal 1992 Sassy cover photo.

Cincinnati, Ohio-based artist and illustrator Brian Methe created the work. And its use as a Melvins concert poster helped advertise the Buzz Osborne-fronted act’s show at the Aggie Theatre in Fort Collins, Colorado, earlier this month.

In the original piece (sans promotional text, which can also be seen below), the Kurt Cobain-ish specter has a neon dollar sign inscribed on his forehead. The emblem is not present in the Melvins’ show poster version of the ghoulish artwork.

I’m happy to share my newest #gigposter for @melvinsdotcom show tonight in #Colorado. The band will have these at the show and I will have my copies available Monday at noon EST at www.bmethe.com #bmethe #kurtcobain #nirvana #toxiclove #screenprinting