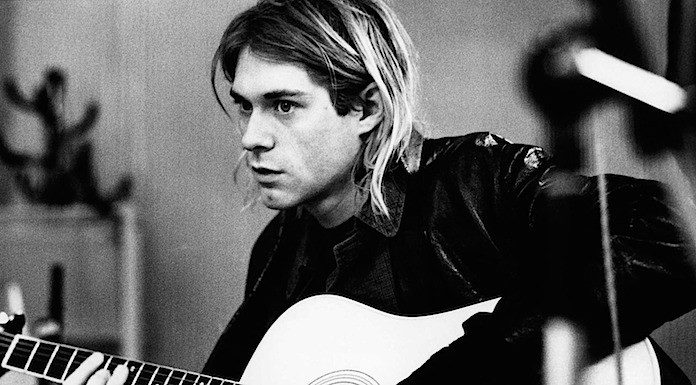 A Kurt Cobain museum exhibit in Nirvana‘s hometown of Aberdeen, Washington, was destroyed in a fire on Saturday, as reported by Seattle’s KING-TV. See news video footage of the three-alarm fire at the Aberdeen Armory below.

The Armory contained the Aberdeen Museum of History, which has an entire section dedicated to native son Cobain and his iconic grunge band. “People have come from around the world to see what we had on Nirvana,” says director Dave Morris.

Specifically, the fire destroyed large portions of the building housing the museum, as noted by SPIN. Among the museum’s Cobain collection was some of the late Nirvana frontman’s visual art. Bandmate Krist Novoselic attended Aberdeen High School with Cobain.

In addition, the museum’s “Kurt Cobain’s Aberdeen” info says the alt-rock legend “met Buzz Osbourne of the Melvins in the summer of 1983 and could often be found at practice sessions at drummer Dale Crover’s house at 609 W. Second Street in Aberdeen.”

The Aberdeen Armory, built in 1922, has undergone an extensive renovation campaign over the last 40 years. Read about the museum’s walking Kurt Cobain Aberdeen tour here. The cause of the Armory fire is currently investigation.

New artwork at the Cobain exhibit was recently installed for what would have been the late rocker’s 50th birthday in 2017, as noted by Loudwire. The Nirvana frontman died by suicide on April 4, 1994, tragically ending the band’s legendary run.

Nonetheless, Morris is optimistic about the exhibit’s future. “This fire is history,” he says. “And we’re going to rebuild and move on, and keep the history preserved. That’s my job.”

In any event, former Nirvana drummer and current Foo Fighters frontman recently remembered his time in Nirvana in an interview with British GQ. And, contrary to popular belief, the musician says being in Nirvana wasn’t all doom and gloom.

“It wasn’t always a bummer,” Grohl says. “There were times when it was so outrageously hilarious and fun. Kurt had an amazing sense of humor, and Krist Novoselic, if you’ve ever spent time with him, is one of the funniest people you’ve ever met.”

As a matter of fact, you can watch the full Dave Grohl interview with British GQ below:

With all of this in mind, have you ever been to Washington and visited the Cobain exhibit at the Aberdeen Museum of History? Did you know Nirvana were from the Pacific Northwest? What’s your favorite Nirvana song? Sound off in the comments.

Watch more: Senses Fail on the songs they can’t stand