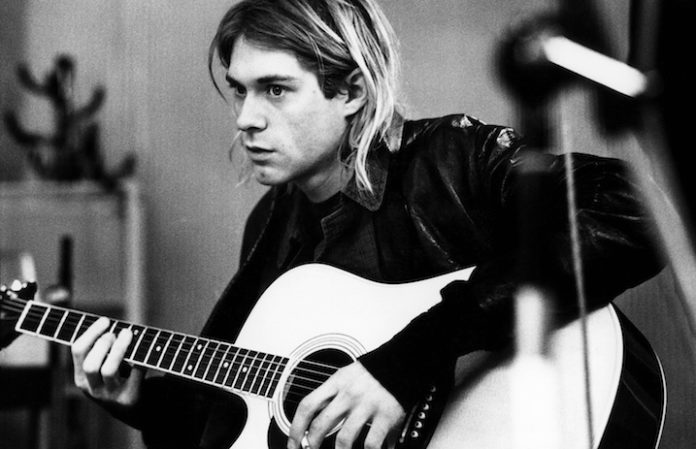 As pointed out by Kerrang, court documents uncovered by The Blast have the wife and daughter of the Nirvana singer anticipating “substantial and irreparable damage” should more images of the infamous death be made public, saying their release would “exacerbate the post-traumatic stress Frances Bean Cobain has suffered” and “physically endanger her and her mother by encouraging more disturbed stalkers and fanatical threats.”

The images in question constitute additional, unseen photos, as the public's previously been privy to numerous stills of Kurt Cobain's April 1994 suicide in Seattle, Washington, including some photographs released last year by the Seattle Police Department and published by CBS News. However, the full extent of Cobain's death scene photos has been carefully kept from the public eye.

The new fight to keep the photos private has reportedly been dredged up by conspiracy theorist Richard Lee, who believes that the musician was murdered. In 2014, Lee sued the city of Seattle in an attempt to have certain photos released, namely, as indicated in the documents, images that show “Kurt Cobain's body as it lay in the family residence after he was shot in the head.”

Love and Frances Bean filed a response to keep that from happening. Love has previously said of Cobain’s death, “It was the most traumatic experience of my life. It left me physically distraught and I continue to suffer emotionally from the loss of my husband to this day,” according to the Kerrang report.

Lee has apparently been investigating Cobain's death for more than two decades—he lost the original suit in 2015, but filed an appeal for the photos last year. Love says that Lee has “stalked and harassed” her for many years, asserting that Mr. Lee's actions make her fear for her safety.

A macabre curiosity about the full, graphic police photos of Kurt Cobain's suicide may dwell inside the minds of some Nirvana fans. But perhaps such sensitive images should remain solely in the hands of the family and police.