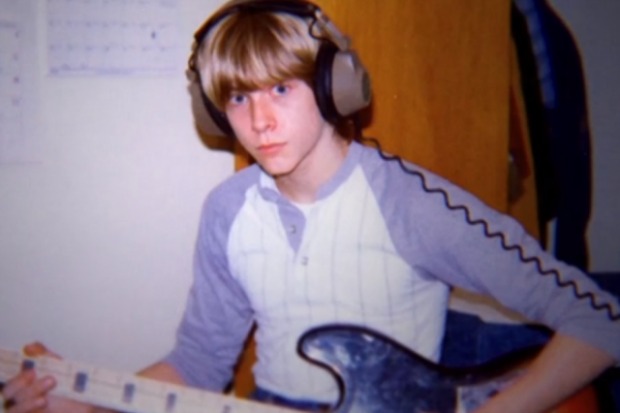 To coincide with Montage Of Heck, the recent HBO documentary focusing on the life of late Nirvana frontman Kurt Cobain, director Brett Morgen has curated a chronological compilation of early Cobain demos and bedroom recordings, titled Montage of Heck: The Home Recordings, which will be released on November 13 as a soundtrack to the film.

On the upcoming release, Morgen explains, “[It’s] curated to feel as though one were sitting in Kurt’s living room watching him create over the course of an afternoon.” He adds, “These are all just Kurt by himself with the guitar. These aren't multi-track, finished songs or work-ups, but they're extraordinary, and I think they provide a tremendous insight into his [creative] process. I think they further our understanding of Kurt, both as a musician and as a man.”

One of the earlier cuts on The Home Recordings is a rough demo of “Been A Son,” a track that eventually ended up on Nirvana's 1989 EP, Blew, and again on their 1992 compilation, Incesticide. The demo, less than a minute-and-a-half in length, can be streamed below.