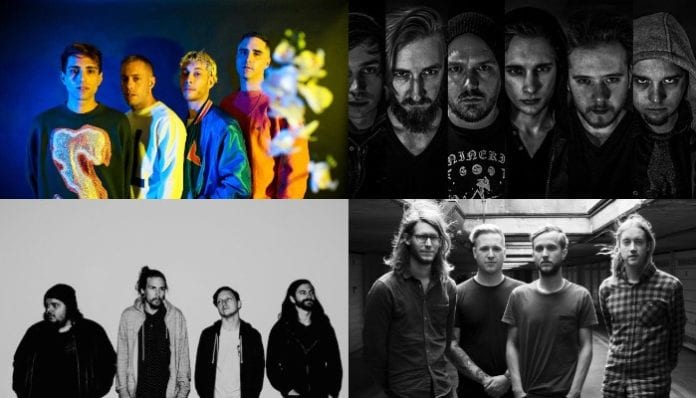 La Dispute released a 10-year anniversary edition of their first album—plus, don’t miss a new tour announcement from the Hotelier. Check out the news you might have missed today below!

To celebrate 10 years since the release of our first LP, we’ve put together a 10-Year Anniversary Edition with a new mix, new master & reimagined artwork. Look & listen at https://t.co/eHSfRbtoaE

La Dispute are celebrating the 10-year anniversary of Somewhere at the Bottom Of The River Between Vega And Altair by releasing a new edition of the album. The new LP contains a new mix, new master and reimagined artwork. You can grab it here.

Before the Hotelier goes on tour with Jimmy Eat World, they will have three headlining dates in September. You can grab your tickets here and check out the full list of dates below.

Silent Planet have announced a new album When The End Began, out later this year. Even though a date has yet to be announced, you can check out the tracklist below.

Parkway Drive, Sabaton, Demons & Wizards, Powerwolf and more have been among the first bands confirmed for Wacken Open Air Festival 2019. The festival takes place Aug. 1-3 in Wacken, Germany, and you can grab tickets here. Check out the lineup so far below.

Hellions will be dropping a new album Rue Oct. 19. Preorder a copy here and check out the full tracklist below.

6. Kayak Jones will be headed on tour with Young Culture this fall

Making our way down south with our new friends @YoungCultureNY. It’s our first time in most of these cities, come hang! pic.twitter.com/Pga1s7uiWn

Kayak Jones will be headed on tour with Young Culture this September in the U.S. Check out the full list of dates below and get tickets here.

Palatine Harbor have dropped a new song “When Hope Dies.” Check it out above!