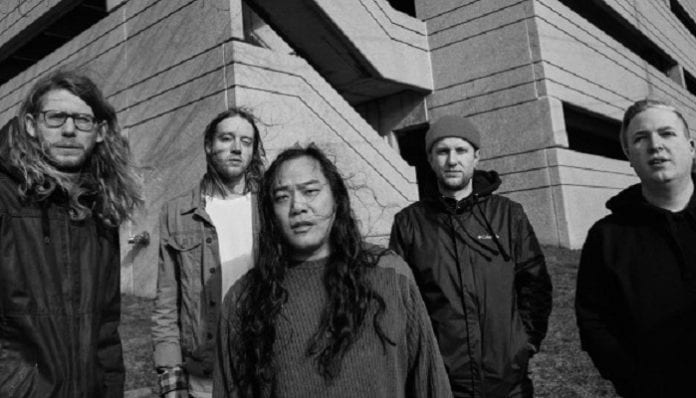 La Dispute are back with two new songs, a music video and an announcement. The band’s first album in four years will be out next year.

Check out the album artwork and tracklisting. Plus, watch the music video in full below.

Read more: Emo rap is the fastest-growing genre on Spotify in 2018

La Dispute have announced their long-awaited fourth album. Panorama will be out March 22, 2019 via Epitaph.

Plus, they are sharing a music video for the record’s first two tracks: “ROSE QUARTZ” and “FULTON STREET.”

The band describe their first album in four years as their most personal project and “a set of Joan Didion essays set to music.” The narrative of the album takes place on the route of vocalist Jordan Dreyer and his partner from their home in Grand Rapids, Michigan to Lowell, where she grew up.

“‘Rose Quartz’ is a bright white light, then the low hum of tires on a country highway; ‘Fulton Street I’ is two heads in the car turning quietly at passing landmarks, plywood monuments with plastic flowers and the stories that populate the stretch of road between two places.”

“Together, they’re the first two tracks on a record born from long drives like that, between a new and an old home, that takes a wide-angled shot of a city and just outside of it,” he continues. “How events there linger on in the memory of all those involved, carrying the characters off in thoughts of grief and healing to other planes and other histories.”

You can check the Panorama album art and the tracklisting below:

1. ROSE QUARTZ
2. FULTON STREET I
3. FULTON STREET II
4. RHODONITE AND GRIEF
5. ANXIETY PANORAMA
6. IN NORTHERN MICHIGAN
7. VIEW FROM OUR BEDROOM WINDOW
8. FOOTSTEPS AT THE POND
9. THERE YOU ARE (HIDING PLACE)
10. YOU ASCENDANT

Watch the music video for “Rose Quartz” and “Fulton Street I” below: