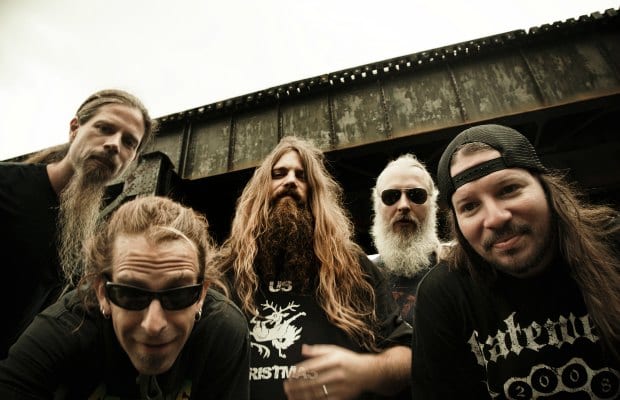 If you’ve seen Lamb Of God perform over the last couple years, you may have noticed founding member Chris Adler hasn’t been behind the drumkit.

The band made the announcement today on their Facebook page following their return from a European festival tour.

“We’d like to officially welcome Art Cruz, who has been playing drums with us on tour for the last year, as the new drummer of Lamb of God. Art will be joining us in the studio as we begin pre-production and recording of a new album,” the post says.

The band continue by thanking Adler for his contributions since the band started out.

“We’re very proud of everything this band has accomplished over the last two decades. We would like to thank Chris Adler for his contributions over the years and wish him the best in his future endeavors. Thank you, John, Mark, Randy & Willie.”

Adler has been absent from the band since 2017 after he suffered injuries from a motorcycle accident. Fans were excited to see if he would return to the group during the band’s outing with Slayer for their final tour but were faced with the news he would not be appearing.

Adler has appeared on every single Lamb of God release since their beginning, including their album as Burn The Priest and the band’s return under that name for a covers album.

It’s unclear at this time if Adler has another full-time gig with a different band as he has been doing session work for some time now.

You can read the entire statement from the band below.

What do you think about founding Lamb Of God member Chris Adler leaving the band? Let us know in the comments below.