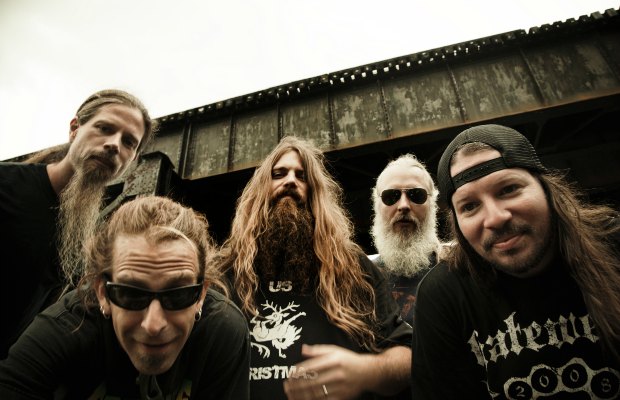 Lamb Of God have begun work on what will be their seventh full-length album. Frontman Randy Blythe posted a screenshot of the band's new Instagram account to his personal page yeserday, which was captioned with a fairly lengthy statement.

Are you excited to hear material from the band? Leave us a comment with your thoughts!

Most of you know I don't ever talk about my day job here- it's not me being a dick, or snotty- in fact I interact with fans here quite often & openly discuss just about everything under the sun EXCEPT my band. This is for two reasons: #1. Talking about my band is boring as hell for me. Imagine talking about your job ALL THE TIME. I know people who are not in bands who talk about nothing but their job ALL THE TIME, & it makes me want to tear my hair out listening to them- SHUT UP ABOUT WORK. IT'S JUST WORK. LET'S TALK ABOUT LIFE, and, #2. In showing different aspects of my life & what I am interested in OTHER THAN BEING A BAND DUDE, I am trying to demystify the whole "rockstar" thing, because it is BULLSHIT. No one, no matter how hard they try to portray themselves as some sort of rockstar, is ANYTHING other than a HUMAN BEING. The rockstar crap just means you have a SOMETIMES interesting job (& I do stress the "sometimes" aspect strongly, because a lot of the time being in a band is boring as hell). So this is not a "lamb of god" account, I don't post lamb of god photos or talk about my band here, & I ain't about to start. HOWEVER… there is a lamb of god Instagram account now, and it is an official one: @lambofgod. So anyone with band questions or wanting to see band stuff- GO THERE & post away to your heart's content. Someone (& it's not me putting up posts- that is the truth) has started posting new stuff there starting today, or so I am told via the band grapevine. Hmmmmmm……