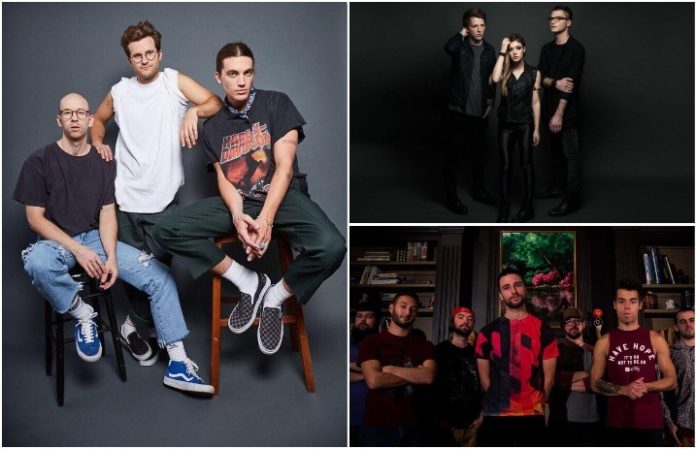 LANY announce 2018 tour dates—plus, catch Stacked Like Pancakes on tour. Check out the news you might have missed today.

LANY posted new 2018 tour dates on Instagram, and we're pumped. LANY will be on tour on the other side of the globe this spring, then return to the U.S. for this summer tour. Snag your tickets here before it's too late!

2. The FAIM released a new single

The FAIM debuted their new single “Saints Of The Sinners.” As one of our 12 bands you should know in our Awsten issue, you should definitely give this track a listen.

Maryland-born rock act Stacked Like Pancakes announced 2018 tour dates, which spans most of the month of April. Check out the tour dates below, and click here to check out some SLP merch.

Mike Herrera of MxPx shared an acoustic performance of “Dead Man Walking” with Live! From The Rock Room. Enjoy!

5. Against The Current completed recording drums and vocals

PROUD TO ANNOUNCE THAT VOCALS ARE ALL TRACKED FOR RECORD #2 ������

Against The Current's sophomore record is getting closer, with the announcement that drums and vocals are all tracked!