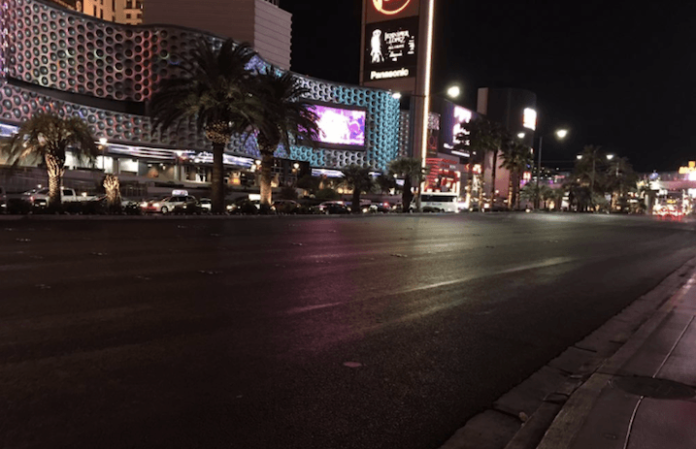 What we know so far:

—59 people were killed and 527 injured at a country music festival in Las Vegas, NV.

—Police say the gunman's motive is unclear, according to Washington Post.

—Around 22,000 people were attending the concert when Paddock opened fire, according to The Guardian.

—There were 17 guns in total found at the scene, including a number of long rifles were found in the alleged shooter’s room.

—The owners of the Guns and Guitars gun shop in Las Vegas who sold firearms to the gunman stated that he passed all the necessary checks required to purchase a weapon, according to NPR.

—The police are seeking video that could benefit in the investigation.

—Jason Aldean posted on Instagram, confirming he and his crew were safe and calling the events “beyond horrific.”

—If you are in the Las Vegas area and would like to donate blood for the injured victims, check out the full list of resources below:

Vegas is in need of blood donations. Go help if you can. pic.twitter.com/diF7kQd0Ap

—President Trump has spoken out on the shooting, calling it an “act of pure evil.”

Reuters is reporting that according to the LVMPD’s sheriff, 59 are dead and 527 were injured during the shooting.

The LVMPD has released the following statement, via Rolling Stone: “Paddock opened fire on a crowd of more than 22,000 concert-goers from his hotel room on the 32nd floor of the Mandalay Bay Hotel on Sunday evening at approximately 10:08 p.m. The victims were across the street attending the Route 91 Harvest Festival concert when bullets rang out. LVMPD SWAT responded to the call, breached the hotel room and found the suspect dead.”

“The Clark County Fire Department estimated that approximately 406 people were transported to area hospitals and 50 are dead following Sunday evening’s shooting. Among the dead is an LVMPD officer who was off-duty at the time. His name is being withheld pending notification of next of kin. There were also two on-duty officers injured, one of whom was upgraded recently from critical to stable condition. The other sustained non-life threatening wounds.”

The MGM resorts are looking for certified trauma conselours who can volunteer.

We are in need of certified trauma counselors. pic.twitter.com/U95L16ZrqX

Sonny Melton was the first victim to be confirmed. His wife, Heather Gulish Melton, told Fox17 he lost her life trying to protect her. Other victims' names are being released.

Uber is offering free rides to and from blood donation centers and select hospitals in Las Vegas, as reported by KSNV News3. The service is being offered to people who wish to donate blood at United Blood Services at 6930 W. Charleston Blvd and 601 Whitney Ranch Dr, and to the following hospitals:

Sheriff Lombardo has confirmed in the LVMPD press conference that at least 58 have been killed and more than 515 injured in the mass shooting at a Las Vegas music festival last night. Law enforcement also shared that there is no confirmed connection to ISIS or foreign terror groups at this time.

The shooter checked into the hotel Thursday, Sept. 28. Police said they are unsure whether or not Paddock had tickets to the festival.

Clark County Commission Chair Steve Sisolak announced a Gofundme, with funds to be used to provide relief and financial support to the victims and families of the shooting​.

The Mandalay Bay Resort and Casino has gone back to service. The 32nd floor remains closed.

It was previously reported that more 200 people were injured. Police confirmed, via press release, 50 people have died and 406 were transported to area hospitals. Police also report that one of the deceased from the shooting was an off-duty officer.

We are sadden to report that one of the deceased from Sunday night's shooting, was an off-duty #LVMPD police officer. #LVMPDnews

More than 50 were killed and 200 injured when a lone gunman opened fire into an outdoor country music festival in Las Vegas, police said.

A single shooter opened fire from the 32nd floor of Las Vegas' Mandalay Bay Resort and Casino on Sunday night at 10:08 p.m. as country singer Jason Aldean headlined outside at the Route 91 Harvest Festival, reports say.

According to the Las Vegas Metropolitan Police Department, two on-duty officers were injured during the shooting. One is in stable condition post-surgery, while the other sustained minor injuries.

The police are seeking video that could benefit in the investigation. If you have video associated with the event, respond to the Las Vegas Metropolitan Police Department at 400 S. Martin L. King Blvd.

In response to phone calls and social media conjecture that there are multiple shooters at various resorts, police have said that has been proven to be false. Additionally, police have addressed accusations that explosives were involved as false.  “The only explosive contained in this event was our SWAT team breaching the room,” Lombardo said during an early morning press briefing. “We are pretty confident there is no longer a threat other than we are attempting to locate the person of interest.”

The death toll of at least 50 people makes this the deadliest mass shooting in U.S. history, following the 49 people killed at Orlando’s Pulse nightclub June 2016.

Aldean posted on Instagram, responding to the events, calling the events “beyond horrific.”

Tonight has been beyond horrific. I still dont know what to say but wanted to let everyone know that Me and my Crew are safe. My Thoughts and prayers go out to everyone involved tonight. It hurts my heart that this would happen to anyone who was just coming out to enjoy what should have been a fun night. #heartbroken #stopthehate

If you are in the Las Vegas area and would like to donate blood for the injured victims, visit Labor Health & Welfare Clinic, 7135 W. Sahara.

This story is developing and will be updated as more information becomes available.

Tom Morello, Dan Reynolds and friends demand that you “Stand Up”

Here are 10 frontwomen who killed the boys’ club in rock