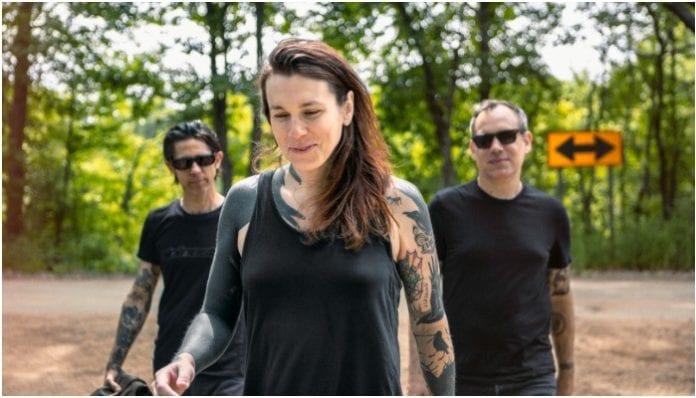 Against Me‘s Laura Jane Grace and her new side project the Devouring Mothers have unveiled their debut single, and it’s really good.

Read more: Against Me! officially welcome back bassist Andrew Seward

The forthcoming release, Bought To Rot, is set to be released Nov. 9 through Bloodshot Records. You can preorder your copy of it here.

Per a release, the record will feature 14 tracks covering Grace’s “fractured relationship with her adopted hometown of Chicago, true friendship, complicated romance and reconciling everything in the end.”

In addition to announcing details of their debut release, the trio have also dropped a new track, “Apocalypse Now (& Later).”

Listen to the new song below:

You can see Laura Jane Grace & The Devouring Mothers on tour this November. Check out the full list of cities and dates below!