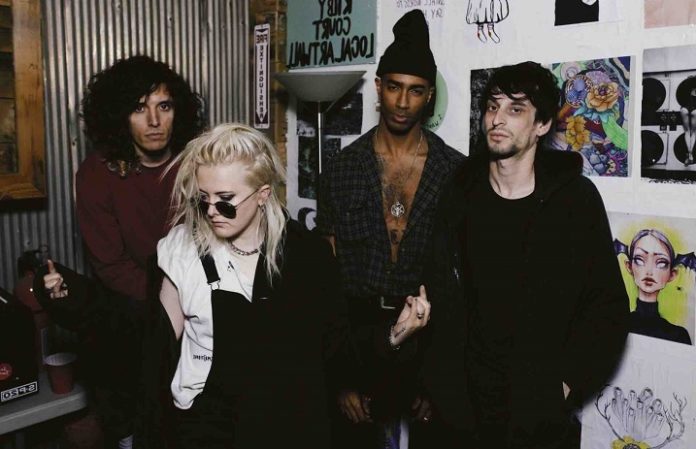 This morning, their van was broken into in Washington, D.C., generating around $20,000 in losses for the band and crew.

“Today while LAYNE were getting ready to leave Washington, DC for Philadelphia, two individuals broke into their van and stole approximately 20 thousands worth of gear, including all of their laptops, camera equipment, a drone and their cash box. LAYNE individually lost hundreds of demos/ideas, while her photographer Wolfy lost literally everything,” the GoFundMe page, set up by the Selfish Things, explains.

“As many of you know, life on tour is extremely difficult and bands (especially early on) run incredibly tight budgets, oftentimes using guarantees and merch sales as a means of getting to the next city. If you have the means, please consider donating so our friends can recover some of their stolen goods.”

Just got about 20 grand worth of stuff stolen from us. Lost a lot of songs that were on my laptop and they broke our fucking window lol come to a show and help us turn this tour around !!! ��

If you would like to help support the band recover from their losses, you can support their GoFundMe here.

LAYNE are continuing their tour with Selfish Things tomorrow in Pittsburgh, PA. You can check the remaining dates below: