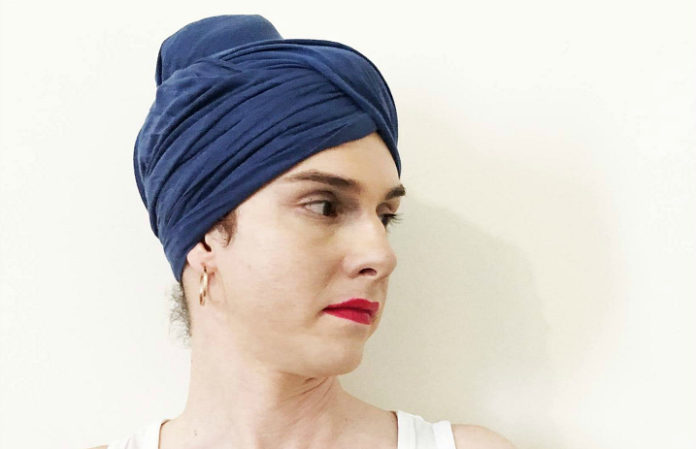 LCD Soundsystem’s Gavin Russom has come out as transgender. In a sit down with Pitchfork, Russom explains that after touring and recording with LCD Soundsystem last year, she took time off to “focus on her own self-care,” finding support in New York City’s community of trans women.

“I'm 43 and I can identify that once a decade, I made a concerted effort to make my trans identity known. That includes a period of time when I was a child in the ’70s, when I was going through puberty in the ’80s, and then several periods throughout my twenties, thirties, and forties,” Russom tells Pitchfork.

“What makes this time different is that I'm in a stable moment in my life. Working with LCD Soundsystem all last year and then having a solid block of time off to focus on self-care was really important for me. This is what came out of that. I don't like coming out so much as a term, but sometimes it's the only way to say it.”

Russom talked to Grindr as well, explaining more about what it was like growing up and understanding how she’s felt all these years.

“This is my fifth decade being alive,” she told me, “and in each of those decades, there’s been a time where I’ve tried to say, ‘Hey, I think I’m transgender!’ This was even before that word existed.”

She tells Grindr that since she was young, she always identified “along the feminine spectrum,” but despite that, she always struggled with her own identity.

Russom expands on that in a phone conversation with Pitchfork over the weekend, where she shared her story for the first time.

Up until this point, I felt comfortable working with my own gender fluidity, my own identification within the feminine end of the spectrum, and the politics that arise from those things through my music. Retroactively, this is a thread that goes through my entire body of work. It's an interesting way to listen to it if you weren't already getting that.

I feel very blessed because the world that I operate in is relatively open-minded. I mean, the electronic music world can be extremely bro-y and also close-minded and sometimes even worse than maybe a more traditional office job. However, at least where I've found myself, the people who are around me have been very supportive…

Having gone through 42 and a half years of being in denial and trying to work through this stuff has given me a lot of experience.

There may be people who are fans of either LCD or of my own music who really don't have any experience with these things. It's so easy to develop prejudices when you've never encountered a person in whatever group you’re prejudiced against. I hope there's an opportunity to be of service and share my experience [in a way that’s] true to the music.

On July 13, Pitchfork reports that Russom will DJ publicly for the first time as a trans woman during Femme’s Room, a monthly party celebrating femme and queer culture.

Russom has released music through various outlets, including Black Leotard Front, Black Meteoric Star and The Crystal Ark, alongside her work with LCD Soundsystem.