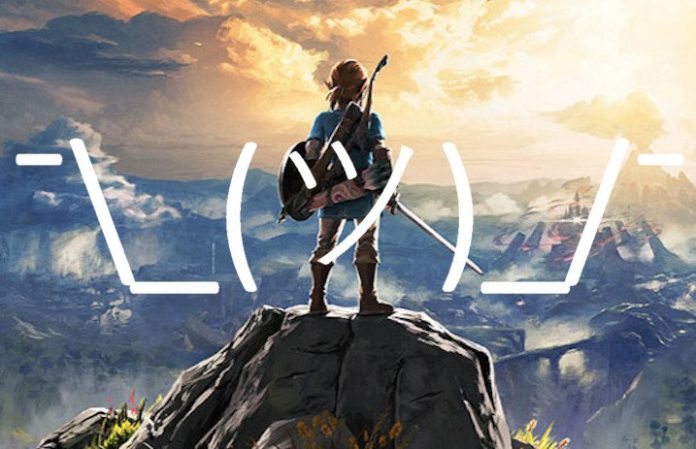 I've got a question for you. Is Zelda the boy or the princess in Nintendo's The Legend Of Zelda video game series? If you (correctly) answered, “the princess,” oh boy, the internet would really like to have a word with you…

Read more: Wait, so Mario's not a plumber anymore?

Way back, I remember mistakenly calling the game's protagonist “Zelda” in The Legend Of Zelda, when his name is actually Link—Zelda is the princess. (I know, it's confusing, but whatever.) And I took it to heart because my older, wiser gamer friends corrected me on the point in question.

But because 2017 is the year of fake news, we're apparently going right on out with a bang: It all seemingly started with The Late Show With Stephen Colbert writer Ariel Dumas' claim on Twitter that “Zelda is the boy.” From there, social media apparently ran with it, and now my head just hurts.

Nintendo's own info shows that Link is the boy, right? (“[A]dventure as Link any way you like,” reads the description for this year's Breath Of The Wild game for Switch.) And, yeah, Wikipedia's stuff confirms the same. (Yes, I do know that anyone can edit Wiki—but they're pretty self-policing, right?)

That didn't stop The A.V. Club from throwing gasoline on this video-game-obfuscating dumpster fire with a giant rickroll of an article—and the trolls are out to play. So, what do you think? Is Zelda the boy or the princess? Which is it? So glad we're living in an age where it's “cool” to be misinformed.

Please share the TRUTH. Zelda is the boy. I should know, I play the game. https://t.co/LMWi7zGoMT

Zelda what are you doing pic.twitter.com/5vDhgOwADc

Lol no my dude. Are you like new to gaming? It’s clearly Zelda. His name is the same name as the game. https://t.co/iMN5LWAxjh

It’s called the “Legend of Zelda” because the legend is about the person running around doing the adventures, saving princess link who never does shit!! https://t.co/DTxEIGxryr

Proof! Look at this screen shot I took— pic.twitter.com/VFFBVboFp4

I don’t understand the debate. It’s the first thing in the game! pic.twitter.com/eTxXxgxfgv