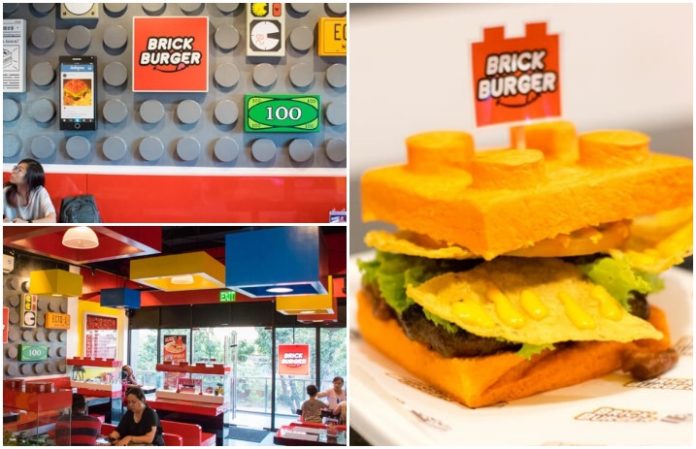 Would you be game for eating at a Lego-themed restaurant complete with square hamburgers and colorful, Lego-brick buns? Then look no further than Brick Burger, the eatery that has all the building blocks of awesome.

Read more: This 'Star Wars' model is Lego's most expensive set ever

As pointed out by Thrillist, Lego toys themselves are a notorious choking hazard—you can't eat them! But at Brick Burger in Manila, Philippines, you can chow down on some amazingly Lego-fied provisions with over 10 different styles of Lego burgers to choose from. Is it okay to play with our food now?

Alas, and of course, Brick Burger doesn't seem to be officially sanctioned the Lego Group, the privately held company in Billund, Denmark, that's been making everyone's favorite toy bricks since 1949. So far, that doesn't seem to be stopping the imaginative restaurant, which opened in Manila last year and features Lego-style tables, chairs and other decor to explore while you scarf down a square, brick-shaped burger. One Darth Burger, please!

Here's hoping for a Brick Burger in the States soon. Take a closer look at some photos and video of the Lego-themed restaurant below.

This Lego-themed restaurant is AMAZING pic.twitter.com/dhoEhb09RT

Brick it to me gently ��