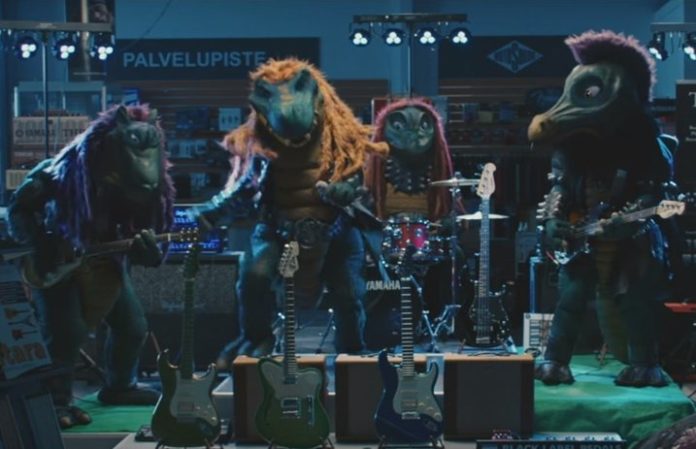 Meet Hevisaurus: a dinosaur metal band from Finland whose main demographic is children.

While they’ve only recently been receiving exposure outside of their homeland, the group formed in 2009. Since then, they have released seven albums and over 10 music videos.

The band’s backstory tells an imaginative tale of five dinosaur eggs (that were, of course, made of metal) surviving a mass extinction of some 65 million years ago. Witches who later discovered the eggs used their powers to hatch them. After that, the only thing left to do was make metal music for kids—and that’s precisely what Hevisaurus have done.