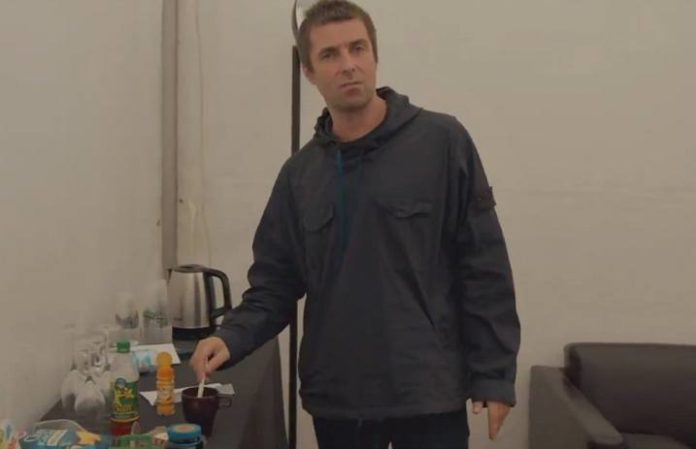 Oh, Liam. He’s had quite the year, storming off the Lollapalooza stage, calling out his brother Noel for basically everything, and now saying that there’s a lack of rockstars because he has to do things, like make tea, himself.

BBC Music Backstage Pass caught up with Gallagher over Lollapalooza weekend, and he had quite a bit to say about how it was in the ‘90s when he had “little idiot” people helping him make tea.

“In the '90s, I got someone else to fucking do it, but now I can’t,” Gallagher says. “Money’s to tight to mention. Gotta do it yourself, haven’t you?”

And why does he have to do it himself? Because no one buys records these days, he believes.

“In the '90s, I had about four people doing it. Little geezer doing the kettle, our kid, some little fucker doing that and some little idiot doing that,” Gallagher says. “Now you gotta do it yourself these days. These little smartasses download fucking tunes. And they wonder why there’s no real rock 'n’ roll stars around? Cos this is the shit you’ve got us doing, fuckers.”

Watch the clip featuring, er, plenty of foul language below:

Liam Gallagher on making his own drinks pic.twitter.com/ZUVZSmmKS3

And if you want to watch Liam’s full episode, you can do so here:

No worries, though: Liam still thinks he’s a legend, so that’s that.

There’s not much more to say except Liam is Liam, and if he can make a good cuppa, then that's all that matters.

Do you think making their own tea makes a musician any less of a rockstar? Sound off in the comments below!