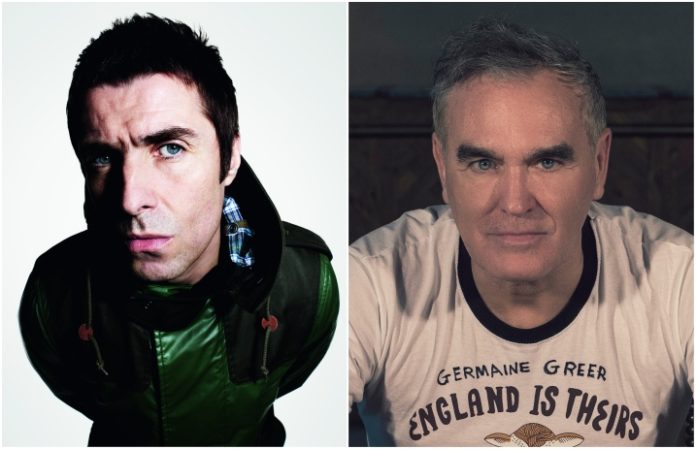 Looks like chestnuts weren't the only things roasting on an open fire at Liam Gallagher's house this Christmas, as the former Oasis singer seemingly spent the evening roasting Morrissey on Twitter. See the tweets below.

On Monday, Gallagher (who may or may not have recently made amends with his brother and former bandmate, Noel) tweeted out a pointed “Miserable Xmas” message to Morrissey—misspelling the Smiths balladeer's name in the process—before reeling off a selection of Smiths lyrics. Some might say that sunshine follows thunder, you know?

We just have to wonder what Gallagher was up to on Christmas night as he lent this ill-willed holiday greeting to the Mozzer ahead of rifling through some choice lines from the Smiths' “What Difference Does It Make?” “William, It Was Really Nothing” and “That Joke Isn't Funny Anymore.” I mean, it's just that… heavy words are so lightly thrown, right?

Miserable Xmas to morrisey as you were LG x

The devil will find work for idle hands to do

But I'm still fond of you as you were LG x

William it was really nothing

I've seen this happen in other people's life's and now it's happening in mine A.Y.W.