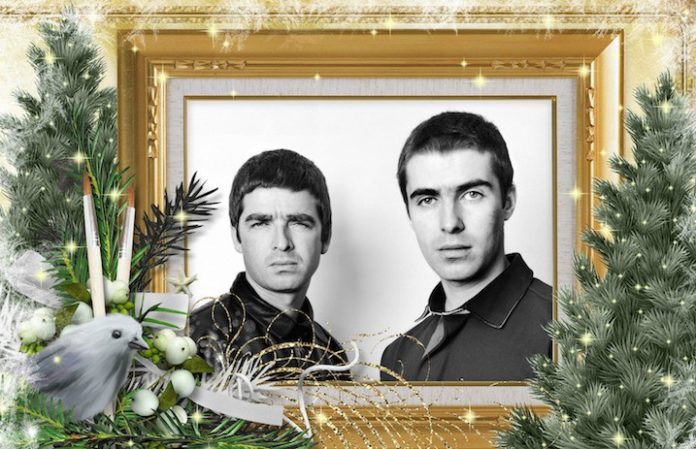 Have Liam and Noel Gallagher finally set aside their brotherly differences and rekindled their kinship? It certainly appears that way, as Liam recently tweeted that he and Noel are “all good again.” Check it out below.

As noted by Exclaim, Liam took to Twitter on Tuesday to wish a happy Christmas to “team NG,” seemingly offering a shout-out to his older brother and former Oasis bandmate via social media. “It's been a great year,” Liam tweeted, “Thanks for everything and looking forward to seeing you [tomorrow].”

When one fan replied to Liam's tweet with some snooty naysaying—predicting that the As You Were balladeer would have on online meltdown without his singing sibling on Christmas—the younger Gallagher responded that Noel had “already reached out” to him, claiming, “We're all good again.”

Could it be so? Is this really a Christmas miracle? Are the Gallagher brothers actually back together? It's been a long, hard road for the pair, demonstrated by constant public bickering, since Oasis' breakup in August 2009. Maybe the two Gallaghers have finally seen the light. Merry Christmas, everybody!

All of this reminds me of a story: One time, while getting a sandwich at Subway, the lady behind the counter told me that she knew Liam and Noel Gallagher. (I know, right?) This Sandwich Artist claimed that the two Oasis brothers tend to reunite around the holidays—for the sake of their mother, Peggy Gallagher—and sing Christmas carols 'round the fire. At the time, eating my meatball sub, I simply thought this seemingly unbelievable story was just some sort of tall tale. But, hey, maybe the lady from Subway was right all along!

……..Team who? Your not going to have a meltdown on here come Christmas day are you Liam when NG doesnt reach out to you.

What you saying now smart arse