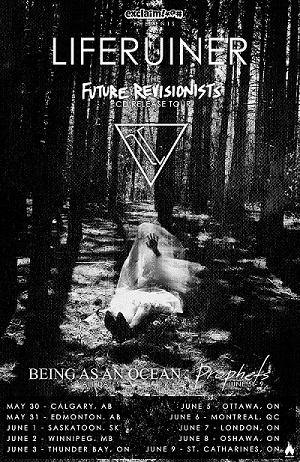 Toronto's Liferuiner have announced their Canadian release tour in support of Future Revisionists, their new album for InVogue Records out on June 4. Their labelmates in Being As An Ocean will open all dates, while Prophets will join the tour from June 5-9.