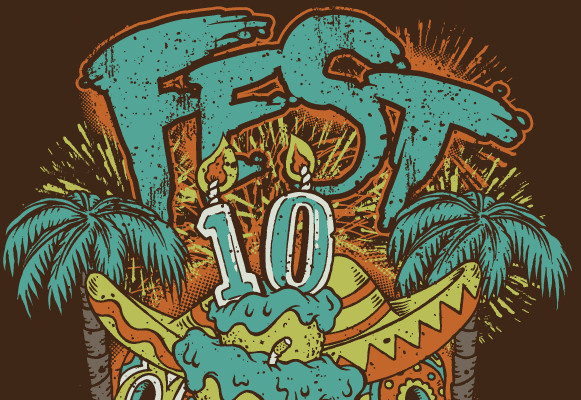 Lifetime has cancelled their scheduled appearance at The Fest 10, and will be replaced by Kid Dynamite. Guitarist Dan Yemin, who plays in both bands, gave this statement to The Fest's website:

“We're sad to say that we're going to have to cancel, or as Tony (Weinbender, The Fest organizer) so kindly put it, “bail,” for Fest 10. Pete (Martin, Lifetime guitarist) and his wife are expecting their second baby, and at their most recent doctor visit were told that this precocious creature is coming sooner than expected, which means that Pete understandably needs to stay put at home right now. Unfortunately, there are no guitarists (anywhere) good enough to replace him, even temporarily. We did, however, find a replacement band that's at least 75% as good.”

Kid Dynamite disbanded in 2000 but has played several reunion shows since, including a hometown gig in Philadelphia and a performance at FYF Fest in Los Angeles earlier this year. The Fest 10 will be happening October 28-30 in Gainesville, Florida, with Hot Water Music, Less Than Jake and the Bouncing Souls among the headliners.