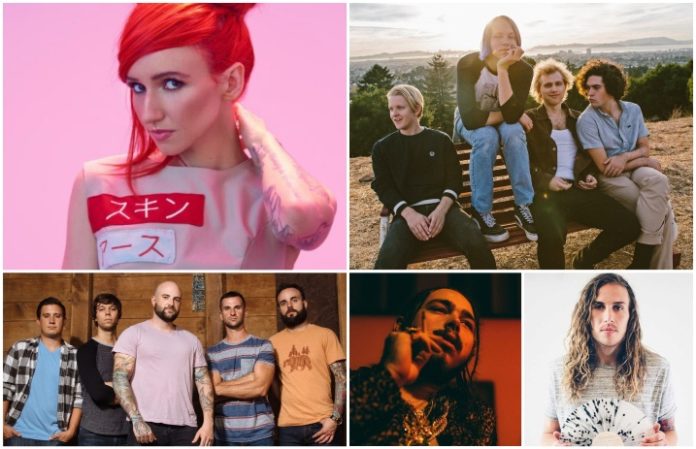 Lights premieres the fourth video from Skin & Earth, SWMRS go for a drive up north, and August Burns Red unload a new single from their upcoming album Phantom Anthem. Check out the news you might've missed today below.

August Burns Red drop nippy new tune “The Frost” from their forthcoming album Phantom Anthem, which is due out Oct. 6 on Fearless Records.

Post Malone teams up with 21 Savage on the new track “Rockstar,” as reported by UPROXX. The cut's expected to be on Post Malone's upcoming record.

Insane Clown Posse get their march on

Insane Clown Posse take their cause all the way to Washington, D.C., this weekend—Saturday, Sept. 16—for the Juggalo March On Washington. Read our exclusive interview with ICP's Shaggy 2 Dope about the march here.

Sons Of Texas rise from the trenches

Sons Of Texas transmit “Down In The Trenches” from their new album Forged By Fortitude. It's out Sept. 22 via Razor & Tie—pre-order it here and here. And check out the Sons' virtual map of Texas on AP right here—the band have partnered with their home state of Texas to bring you sneak peeks, giveaways and more while counting down to Forged By Fortitude's release!

Polaris have signed with SharpTone Records! Check out their new tune “The Remedy” above. The band will release their debut album The Mortal Coil through SharpTone on Nov. 3—get your pre-order game going over here.

Read more: Nintendo is bringing back the NES Classic

Steelheart will steal your heart

Steelheart's new record Through Worlds Of Stardust is out today, Sept. 15, from Frontiers Music. Check out the music video for the album's “Lips Of Rain,” above, and find out some more information on the band right here.

7 Minutes In Heaven's new EP Symmetry is also out today! Check out AP's exclusive premiere of “LOTL” here, take a listen to the EP's title track directly above, and get you a physical copy here or the digital release here.