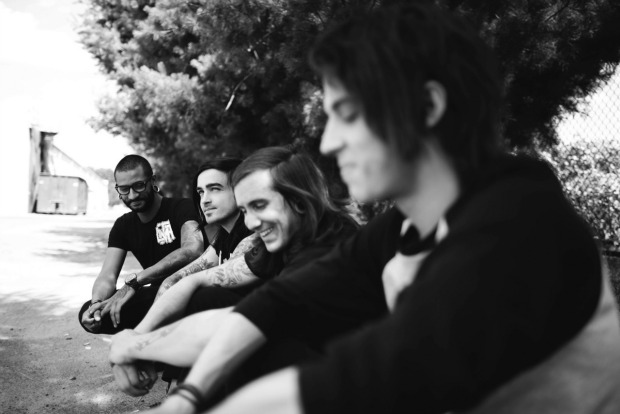 Like Moths To Flames have announced that they are entering the studio this Thursday, March 14 with producer Will Putney who worked with them on their previous album, When We Don't Exist. The band will remain in studio through April 8, and are set to headline the 2013 Rise Records Tour starting April 19.

At present, the album is set tentatively for a July release.

Bassist Aaron Evans says, “We are headed to the Machine Shop to do our second full length record to follow up,When We Don't Exist. We can't wait for you guys to hear what we've been working on. It has been quite some time coming and it has a bit more substance to it and is a little more grown up. We hope all of our fans who loved the first record will enjoy it just as much.”

Vocalist Chris Roetter adds, “We've had a lot of time to figure out the direction that we'd like to take the band musically and couldn't be happier to work with Will Putney again. We don't have a direct intent to drastically change the style of our music but we have progressed as a band and that will be evident with this next album. Expect a more mature, aggressive Like Moths To Flames.”