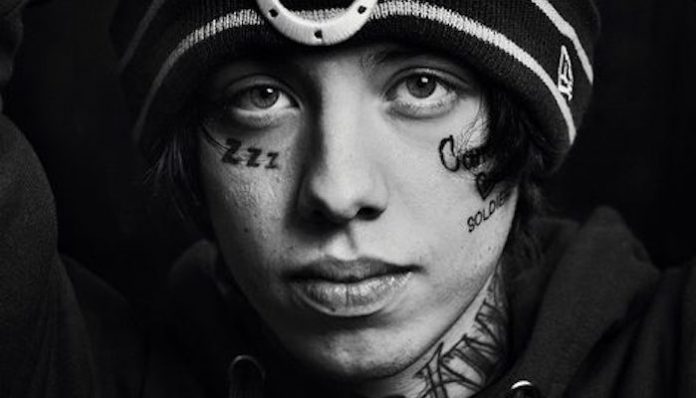 Lil Xan is showing just how much influence certain artists and friends had on him. He commissioned paintings of them recently to show his respect.

Musicians Mac Miller, XXXTentacion and Lil Peep were all commemorated.

In a recent Instagram post, Lil Xan shows the artworks he commissioned from renowned painter and designer Tonia Calderon.

The paintings feature the three musicians portraits with lyrics to their songs overlaid on the canvas.  Lil Peep’s song shown is “Awful Things”, XXXTentacion’s is “SAD!” and Mac Miller’s is “2009.”

In fact, Calderon has quite a reputation of her own as an amazing artist. “Her work is featured at the Tupac Afeni Shakur Museum in Atlanta, Georgia and the national museum of contemporary art in San Francisco, California.” Her website states. “Her work is on display in some of the top music recording studios in the country including Interscope, Epic, and Def Jam.”

Below is some of Calderon’s work.

sometimes we’re moving so fast we forget to appreciate certain moments. this is my first museum show of my abstract works at the moca cleveland. i want to say thank you and congratulations to @steadyfloh for bringing some beautiful artist together for a beautiful show.

These artists clearly had a huge impact on Lil Xan and its great he memorialized them in the way of his choosing. He also did especially well choosing his artist. Calderon’s website is here and her merchandise website is here.

On Wednesday, a Los Angeles man was arrested in regards to the death of Mac Miller nearly one year ago. According to the Los Angeles Times, the man faces charges alleging that he supplied Miller with counterfeit, fentanyl-laced pills two days before his death.

You can read more in regards to the arrest below.

Read More: Post Malone is a knight in shining armor in “Circles” video

According to the report, Miller asked for “percs.” Pettit agreed to give the rapper 30-milligram oxycodone pills, cocaine and Xanax. However, the oxycodone pills were laced with fentanyl.

Subsequently, two days after the purchase, Mac Miller was found unresponsive in his Studio City home. Later, his death was ruled an accidental overdose of alcohol, cocaine and fentanyl.

The 42-page criminal complaint has prosecutors alleging that Pettit messaged his friends on Instagram shortly after Miller’s death. He reportedly told friends he probably shouldn’t post a reaction in regards to his death “just to be smart.”

For instance, when someone asked how he was doing, he allegedly wrote:

“I am not great … Most likely I will die in jail.”

Pettit currently faces one count of distribution of a controlled substance.

If convicted of the charge, he would face a statutory maximum sentence of 20 years in federal prison.

How do you feel about Lil Xan’s commissioned paintings? Who would you get a painting of? Let us know in the comments below.