Are Lil Xan and his girlfriend faking their pregnancy?

According to some internet masterminds, Lil Xan’s girlfriend is using photos from Google to fake her pregnancy.

Somehow, this year just keeps getting weirder by the minute. On this episode of What The Actual Heck Is 2019: Lil Xan’s girlfriend may be faking her entire pregnancy.

After announcing the he and his girlfriend, Annie Smith, were expecting a child, some fans took it upon themselves to fact-check the situation. However, what they found was nothing short of controversial.

Read more: Lil Xan says he was hospitalized for eating too many Flamin’ Hot Cheetos

Lil Xan shared the news with his Instagram followers just nine days ago.

i wanted to wait but i just can’t leave my fans in the dark,it’s official im going to be a father ?? i love you guys so much and hope you stay along for this crazy journey and i’ve never felt more happy in my life? all of you are invited to the gender reveal party i promise ! Cant wait to show the world everything i’ve been working on at youtube space and my official sophomore album “BE SAFE” and to my baby my angel my sunshine @anniiesmith i love you with all my heart ❤️ thank you for saving me i love you more then words could describe ?????????????

While at that point everything was fine and dandy, rumors started flowing when Smith shared photos of her pregnancy on her YouTube channel. However, after a few days, fans started questioning the legitimacy of the photos. According to skeptics, she may have taken the photos directly from a Google search.

You can check out screenshots from the video and compare them to Twitter users’ speculations below. 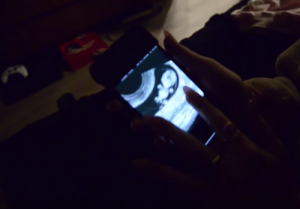 lil xan really thought he got us with this fake pregnancy bullshit. google “9 week ultrasound” and the photo he shows at 6:06 is literally the 8th result?https://t.co/gjEvDdV7dG pic.twitter.com/YBdUvvckpF

Except the ultrasound photos on their YouTube video are fake…. pic.twitter.com/LP58D9SsPf

However, despite recent accusations from fans, Smith is now denying the claims of false pregnancy. According to E!News, Smith has responded to the recent drama surrounding her pregnancy.

Allegedly, Smith says someone photoshopped her images and created a fake persona attached to the new photos.

“When I posted my YouTube video with my ultrasound pictures, a girl (I’m not going to comment on who) photoshopped them with another person’s name, year, birthday, etc, and uploaded them to Google,” Smith says. “I’m honestly really disappointed that we announced it and now this is the rumor floating around.”

Whether you believe it or not, we will absolutely learn the truth in nine months time.

Do you think Lil Xan and his girlfriend are faking their pregnancy? Sound off in the comments below.