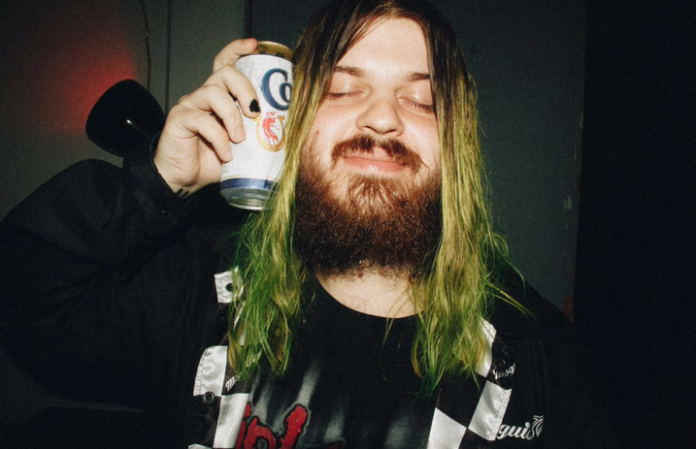 Lil Aaron is sharing he was in a pop punk band during middle and high school, and now we really need to see some videos.

Read more: 10 celebrities who are scene kids at heart

The rapper took to Twitter to reveal the information, adding his band used to sound like Metro Station and Hit The Lights.

“Fun fact: I was in a pop punk band all thru middle school and high school,” he wrote. “I did vocals and I even used live autotune back then.”

“Not much has changed,” Lil Aaron continued, leaving us dying to know if there are some songs we could hear to check the band out.

fun fact: i was in a pop punk band all thru middle school and high school. we sounded like hit the lights meets metro station lmao. i did vocals and i even used live autotune back then. not much has changed.

It’s not news that the Soundcloud rapper has an emo past—and present. Besides describing his music as “Pop punk meets trap,” he says he’s always been a scene kid.

“I’ve been emo my whole fucking life,” he tells AP, explaining he fell in love with music listening to bands on MySpace and Purevolume.

“At first it was power-poppy shit. I was really into Never Shout Never and the Ready Set, Owl City, that kind of shit. From there, it turned more into the pop-punk power-pop shit: Hit The Lights, Metro Station, Boys Like Girls. MySpace was how I got into that scene. Warped Tour and Hot Topic: those are the brands and the scene that I came from, that I grew up around.”

Lil Aaron got attention form the scene with tracks like the Paramore-sampling, Millionaires-referencing “Warped Tour” (“I gotbands like I’m Warped Tour”) and “Lit,” which finds him boasting, “Yeah I’m lit, yeah I’m lit” over the top of a looped guitar line by early-’00s pop punks (yeah, you guessed it) Lit, seem custom-designed to tweak those who respond loudest to such tweaking, as well as the Panic! At The Disco-infused “Hot Topic,” which has an incredible music video to match.

The rapper recently released a music video for “QUIT” featuing Blink-182 drummer Travis Barker, which you can check out below. He’s also featured on a track BrokeNCYDE’s new album, 0 To BrokenCYDE. The rapper joins the crunkcore due on “[email protected] Good,” and we can wait to hear that collab.