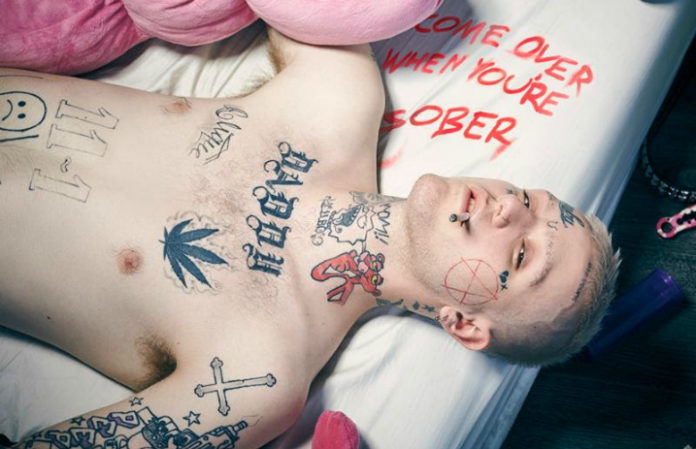 Rapper Lil Peep, who’s been heralded as the “future of emo,” has announced a fall tour in support of his debut album, Come Over When You’re Sober (Part One).

Lil Peep released his new song, “The Brightside,” last month, which you can listen to here.

Peep's part of the genre-defying collective GothBoiClique, cofounded with Wicca Phase aka Adam McIlwee, the ex-singer of Tiger’s Jaw, creating their own hip-hop/emo subgenre that’s seemingly scratching its way to the surface.

Plus, Lil Peep has a history of sampling from the scene—”Crybaby” samples Brand New's “The No Seatbelt Song” from their debut record, Your Favorite Weapon. He samples “Today I Saw The Whole World” from Pierce The Veil's 2016 album Misadventures in “I Crash, U Crash.” Not to mention his sample of Underoath's “Too Bright To See, Too Loud To Hear” from Lost In The Sound Of Seperation in “Hellboy.”

Lil Peep’s debut album Come Over When You’re Sober (Part One) is set for an Aug. 11 release, and it’s available for preorder now.

Where will you be seeing Lil Peep on tour this fall? Let us know in the comments below!