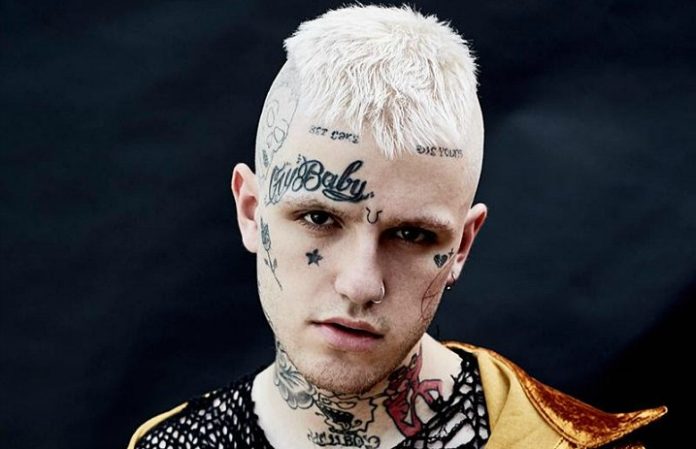 The New York Times has reported that a spokesman for the Tucson Police Department said Lil Peep was pronounced dead on his tour bus at approximately 9 p.m., with evidence suggesting he died of an overdose of the anti-anxiety medication Xanax. He had been scheduled to perform at a club called the Rock that evening.

They wrote in more detail about his struggle with drug use and suicidal thoughts dating back to his teenage years. However, through speaking about the difficult parts of his life, he was able to better connect with his fans going through the same struggles.

“They tell me that it saved their lives,” he tells The New York Times about his music. “They say that I stopped them from committing suicide, which is a beautiful thing.

“It’s great for me to hear. It helps. It boosts me, because music saved my life as well.”

UPDATE: Nov. 16 @ 7:55 a.m. ET: According to The Guardian, Lil Peep’s manager Adam Grandmaison confirmed the rapper was taken to hospital following an overdose.

I am shocked and heartbroken. I do not believe Peep wanted to die, this is so tragic. He had big goals and dreams for the future which he had shared with me, his team, his family and his friends. He was highly intelligent, hugely creative, massively charismatic, gentle and charming. He had huge ambition and his career was flourishing.

I have spoken to his mother and she asked me to convey that she is very, very proud of him and everything he was able to achieve in his short life. She is truly grateful to the fans and the people who have supported and loved him.

Lil Peep has reportedly died at the age of 21 in Tucson, Arizona, multiple sources, including Billboard, have shared. Reasons for his passing have not yet been revealed.

Lil Peep was wrapping up the final dates of his U.S. ‘Come Over When You’re Sober’ tour, with the news breaking on social media that the young artist had died.

Lil Peep was part of GothBoiClique, cofounded with Wicca Phase aka Adam McIlwee, the ex-singer of Tiger’s Jaw, creating their own hip-hop/emo subgenre that has prompted a massive movement in the music industry.

Peep had over 100 million streams to-date, with tracks like “Awful Things” and “The Brightside” solidifying his standing in the genre-defying movement.

No official report has been released, but artists including Travis Barker, Lil Aaron, Post Malone and Marshmello have shared their thoughts regarding the heartbreaking news:

I’m completely heart broken and lost right now. I can’t even feel it’s not real. I love you and I’ll miss you always. One of the realest. ��. Please someone tell me this isn’t real.

I cant even believe this. We were just talking last week about working on a song together and now you’re gone. You will be missed, R.I.P. @Lilpeep �� pic.twitter.com/GQRJe8Vck0

in the short time that i knew you, you were a great friend to me and a great person. your music changed the world and it'll never be the same. i love you bud. forever pic.twitter.com/tpbxpkf4f4

i wish it wasnt true

tell ur friends how much u love them

We will keep you updated with more details as they become available.

AP sends our thoughts to Lil Peep's family and loved ones at this time.