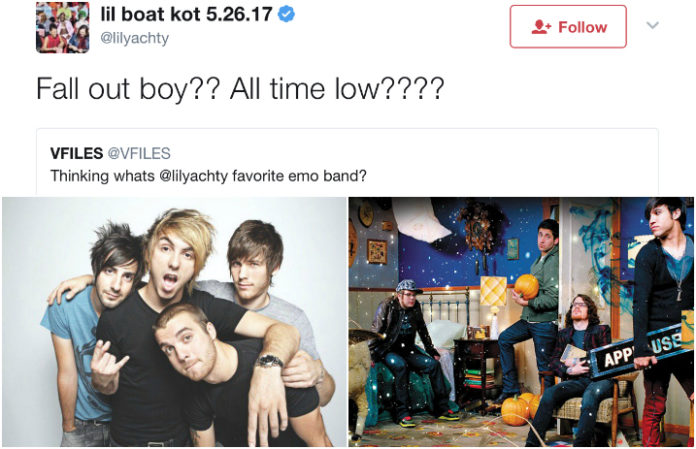 Yep, you read that right. After a fan tweeted Lil Yachty asking him about his favorite emo band, the rapper confirmed that he can jam some All Time Low and Fall Out Boy like the rest of us.

“Fall out boy?? All time low????” Lil Yachty responded to the original tweet.

Check out the responses below!

Read more: Turns out Dwayne “The Rock” Johnson is as big of a fan of Of Mice & Men as the rest of us

What's almost better than the original tweet itself is the response it's gained on social media. (Including a particular question from Joel Madden that we're wondering as well: Does he f*ck with Good Charlotte?)

@lilyachty Respect. Thanks for the shout, see you out there! Keep it up

And we can't help but agree with Brian Logan Dales:

This isn't the first time an artist or actor has shown love for the scene. Earlier this year, after Of Mice & Men’s Aaron Pauley sent a tweet to Dwayne “The Rock” Johnson, simply saying he was excited for the new Jumanji movie, and he got a reply—and a confirmation that Johnson is a fan of the band, too.

And Lin-Manuel Miranda was exposed to the Wonder Years' “I Don't Like Who I Was Then,” and he realized what we’ve known for years.

“’If I Can Manage Not To F*ck This Up’ is a tasty, tasty lyric. Thanks for this, new to me!” he shared on Twitter.

We just hope to see the actor/band love keep coming.

Would you have guessed that Lil Yachty is a fan of All Time Low and Fall Out Boy? Let us know in the comments below!