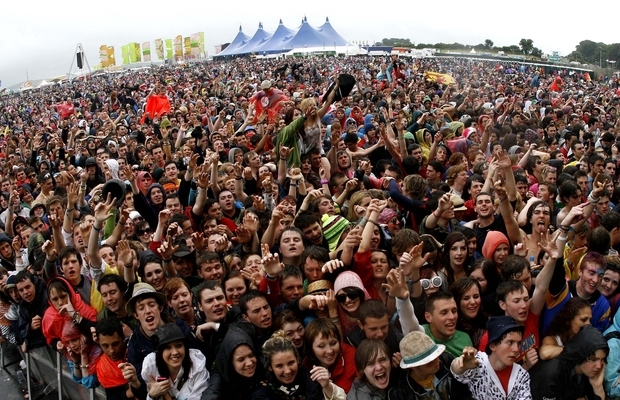 But, as pop songstress Lily Allen points out, there's one major problem: The three-day lineup only features three women in total.

Allen shared the festival admat featuring all the male acts whited out showing the three women included on the festival's lineup. The caption? “The struggle is real.”

The struggle is real pic.twitter.com/R58zKuCaK2

Of course, fans noticed the problem, too.

fixed it a bit pic.twitter.com/sM3694Cyfx

this can’t be fr

I don’t know how you stomach all this misogynistic clapback BS @lilyallen. But you’re right. And if you ever fancy putting together an awesome female led festival, I’m well up for helping organise that. Been thinking about it for a while. It’s needed. x

wrote about this problem a while back in a music class. this article talks about how festivals are able to book female acts but don’t ����‍♂️: https://t.co/QFKAr2gN0L pic.twitter.com/IbyZ1jisaQ

More acts are still to be announced for the festival, but fans are not happy with the lack of female artists so far.

Sadly, this isn't a new occurrence in the festival circuit. Last year, U.K.'s Reading & Leeds festival came under fire after announcing their first round of performers, containing 57 male performers and only one woman: Chrissy Costanza.

“I'm not gonna tiptoe around the issue, because I genuinely want the issue to be resolved, I want there to be change,” Costanza said when we spoke to her last year. “If that means having to say the things that are a little bit more uncomfortable, then I'm willing to say that.”

Earlier this year, Halsey called out Firefly festival for their lack of female representation, too. “Damn guys come onnnnnn. Where the women at. This was one of my favorite festivals I’ve ever played and it’s a shame there’s not more females on the bill. With the exception of (the amazing) Sza, the first like 20 acts on the bill are men. It’s 2018, do better!!!”

Damn guys come onnnnnn. Where the women at. This was one of my favorite festivals I’ve ever played and it’s a shame there’s not more females on the bill. With the exception of (the amazing) Sza, the first like 20 acts on the bill are men. It’s 2018, do better!!! https://t.co/8tmeac8mVu