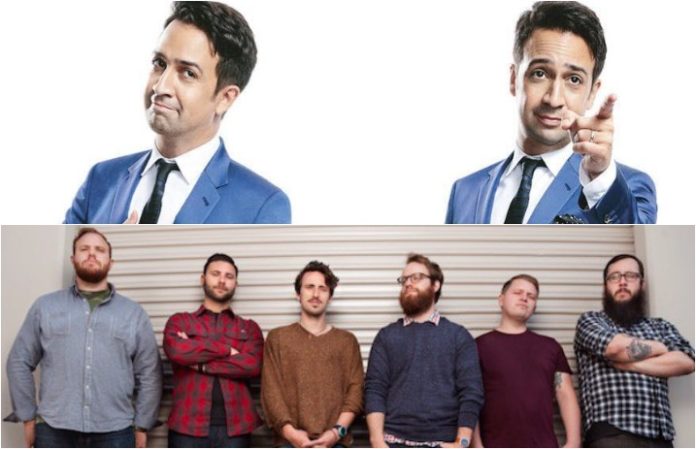 Yep, you read that right. After Hamilton and Moana‘s Lin-Manuel Miranda was exposed to the Wonder Years‘ “I Don’t Like Who I Was Then,” he realized what we’ve known for years.

“’If I Can Manage Not To F*ck This Up’ is a tasty, tasty lyric. Thanks for this, new to me!” he shared on Twitter.

Miranda had originally responded to a Twitter thread filled with plenty of scene favorite bands and artists, including My Chemical Romance, Brand New, From First To Last and Say Anything.

And it’s “I Don’t Like Who I Was Then,” taken off the Wonder Years’ No Closer To Heaven that clearly stuck out to him.

@upsidedowntrash @thewonderyears “If I Can Manage Not To F*ck This Up” is a tasty, tasty lyric. Thanks for this, new to me!

And, of course, the Wonder Years’ Dan “Soupy” Campbell had to respond to this incredible compliment. (In the most relatable and exciting way.)

Miranda isn’t the only one to compliment the band on their brilliant songwriting abilities. Recently, NASCAR driver Dale Earnhardt Jr. proclaimed his love for the band following a Tweet he had shared where he revealed what he listens to while working out.

First few jams that kick off the “I skipped workouts on my honeymoon” gym session. pic.twitter.com/PiaSsRDwVb

@DaleJr thanks for listening man. Even if you are w Washington fan. Now, maybe let us have Desean back?

Check out Earnhardt and Campbell’s full Twitter back and forth here!

How stoked are you to see that Lin-Manuel Miranda is a fan of the Wonder Years? Let us know in the comments below!

Watch more: Stand By Your Van: The Wonder Years