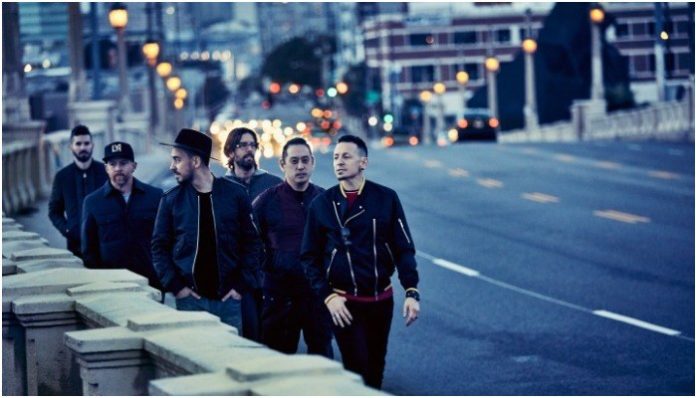 Linkin Park has returned to top the Billboard charts, but this time, they’re topping a category they’ve never been on before.

Per a newly released report from Billboard, the band is currently leading Billboard’s Top Facebook Live Videos for September 2018.

For those unfamiliar with this Billboard chart, it’s a monthly list that takes a look at what videos had the biggest audience and reactions, that is, of course, posted by bands on Facebook Live.

As reported by the site, the rankings of these videos come from a whole slew of information: reactions, shares, views and comments.

With September’s recap officially here, the site revealed that a Sept. 26 Facebook Live by Linkin Park’s Mike Shinoda reached the top of the list, marking the first time the band has been featured on Billboard‘s Top Facebook Live Videos chart.

The video in question was an update from Shinoda on the band’s future and what he’s currently up to with his solo career.

Shinoda’s update, as Billboard notes, garnered the most attention in three of the four categories. As they report, the video lead the chart in the most reactions, comments and views in its first week of posting.

Watch the Livestream below:

As for what’s next with Linkin Park, Shinoda has offered various updates following the death of Chester Bennington.

After  Bennington’s death, Linkin Park released the One More Light Live live album late last year, but Shinoda has previously noted “there is no answer” regarding any future recording or live performances by Linkin Park.

Now, Shinoda’s just “taking it one step at a time and keeping [his] mind open to the possibilities.” When asked if he’ll stay solo moving forward, he says he’s interested in “working with other artists or producing tracks for somebody else.”

To that end, the LP co-founder did mention that he’s ready tour whenever Linkin Park’s other members feel comfortable.

“If the guys are at a point where they wanna play Linkin Park shows. I’m sure that any of those things are possibilities.”