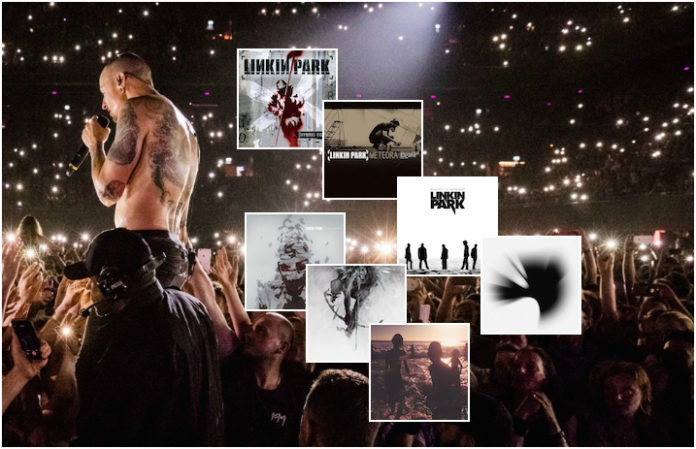 While record sales and streams often surge after an artist's death, Linkin Park's sales figures are currently seeing an unprecedented spike in popularity following the death of vocalist Chester Bennington.

According to Metal Injection, all seven of Linkin Park's studio albums have re-entered the Billboard 200 chart.

Billboard reports that Linkin Park logged a record-breaking 23 titles on the Hot Rock Songs chart for the week ending August 12. As well, the band's entire album discography, including their 2004 collaborative album with Jay-Z, Collision Course, is currently back on the Billboard 200 chart. Here's the standings for the albums' rankings as of August 2:

Bennington unexpectedly died on July 20 in Los Angeles from suicide by hanging, and his funeral was held on July 29 in Palo Verdes, California. Since the tragic event, both Bennington's wife and Linkin Park bandmates have spoken out about the musician's death and the importance of mental health care.